Namibia’s fullback Chrysander Botha was re-united with his team mates in Abergele, Wales late Friday evening after suffering a horrific injury in Namibia’s 13-17 defeat to Canada in Northern Wales earlier. 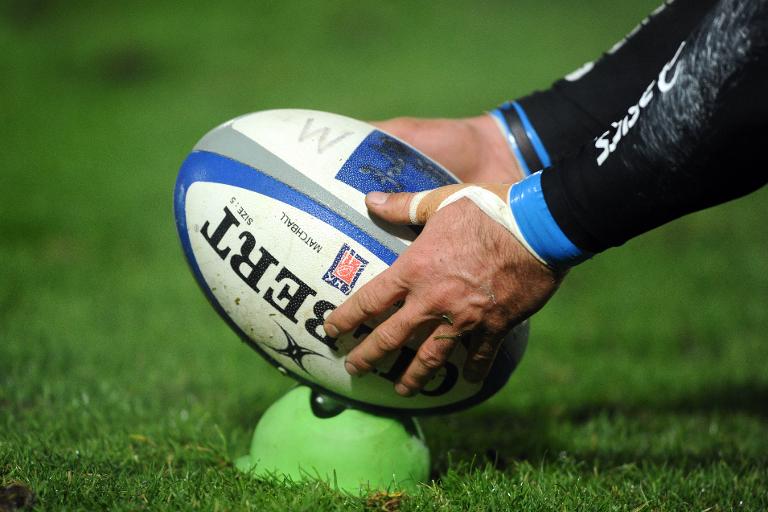 Botha was stretchered off and taken to a local hospital by ambulance after breaking his lower left leg in the 8th minute of the match against the Canadians.

A scan revealed that the Exeter Chiefs fullback had dislocated his ankle and fractured his leg. According to the doctor who examined Botha the fracture was a “clean” break and it was decided to release him from the hospital.

Botha was in good spirits when he arrived back at the team hotel and talked to his players about the injury. He was philosophical about the setback. “It is part of rugby and I just hope I can make a full recovery in time for the Rugby World Cup in England next year “ Botha said.

Namibian Rugby Union President Bradley Basson was also present when Botha arrived back at the hotel and wished the player a full and speedy recovery.

“We will obviously miss Chrysander in the remaining two matches on tour but the focus must now be on his welfare to ensure that he is comfortable, taken care-off and looked after, so that he can continue to make a contribution to the national team. Botha will now stay behind in Wales until Monday before returning to his club, the Exeter Chiefs, where he will receive further treatment.

The Namibian team travels to Toulon,France on Saturday for the second match on their Windhoek Draught Northern Hemisphere tour, next Friday evening against the French Barbarians.