OPINION: Hamza case — SA must do more to stamp out doping

Federations need to be far firmer than has often been the case in the past when it comes to cheating and doping offences. 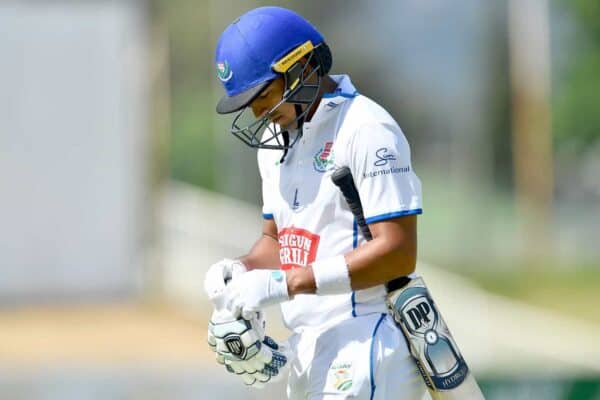 Zubayr Hamza has been suspended following the finding of a banned substance in his body. Picture: Gallo Images

South Africa, in general, has been lucky that those who have been caught cheating in recent years have not been global stars, but regular bans being handed down to elite athletes indicates that doping is an ongoing problem.

And we’re never going to get anywhere in trying to eradicate the problem until we react more firmly when individuals give us enough reason to believe they could be at fault.

Instead of taking the chance to show that doping will not be accepted in the sport, the federation threw its weight behind Hamza with full force.

CSA said it was “supporting” the Proteas player, and would do so throughout his case, claiming he had “agreed to a voluntary suspension”, as if he had a choice.

In addition, the federation stated that Hamza could explain how Furosemide entered his system, before he’s even faced an official inquiry. And CSA felt the need to clarify that Furosemide is not a performance enhancing drug, but didn’t bother to mention that it is used as a masking agent, which is why it’s on the list of banned substances.

While it is the role of the SA Cricketers’ Association to support players, CSA is not a union, and its role in a case like this should be to ensure that the truth is unveiled through standard anti-doping processes.

A few years ago, with Namibian road runner Helalia Johannes producing ludicrous performances in the latter stages of a mediocre career, this writer called for her team to explain her sudden improvement, which was beyond anything that should make sense to someone who understands the sport.

And while the response from her manager and her club was a little less than weak, the backlash to the allegation was astounding. Johannes isn’t even South African, but her ties to the country were enough to earn widespread support.

It’s one thing waiting for processes to be completed before we point fingers, and in the case of Johannes, she hasn’t returned a positive drug test and my feelings about her (as strong as they may be) are purely speculation.

In the case of Hamza, however, he has tested positive, and he obviously has an excuse (everyone does). But we won’t know if he intended to cheat until the investigation has been completed.

Leaping to his defence doesn’t look good for CSA, and the federation’s apparent knee-jerk reaction has done nothing to show any desire to stamp out doping.

Whether Hamza cheated or not isn’t the point. If we’re ever going to stamp out drug cheats, a far firmer approach needs to be taken, and voicing support for players who test positive is not the way to go about it.