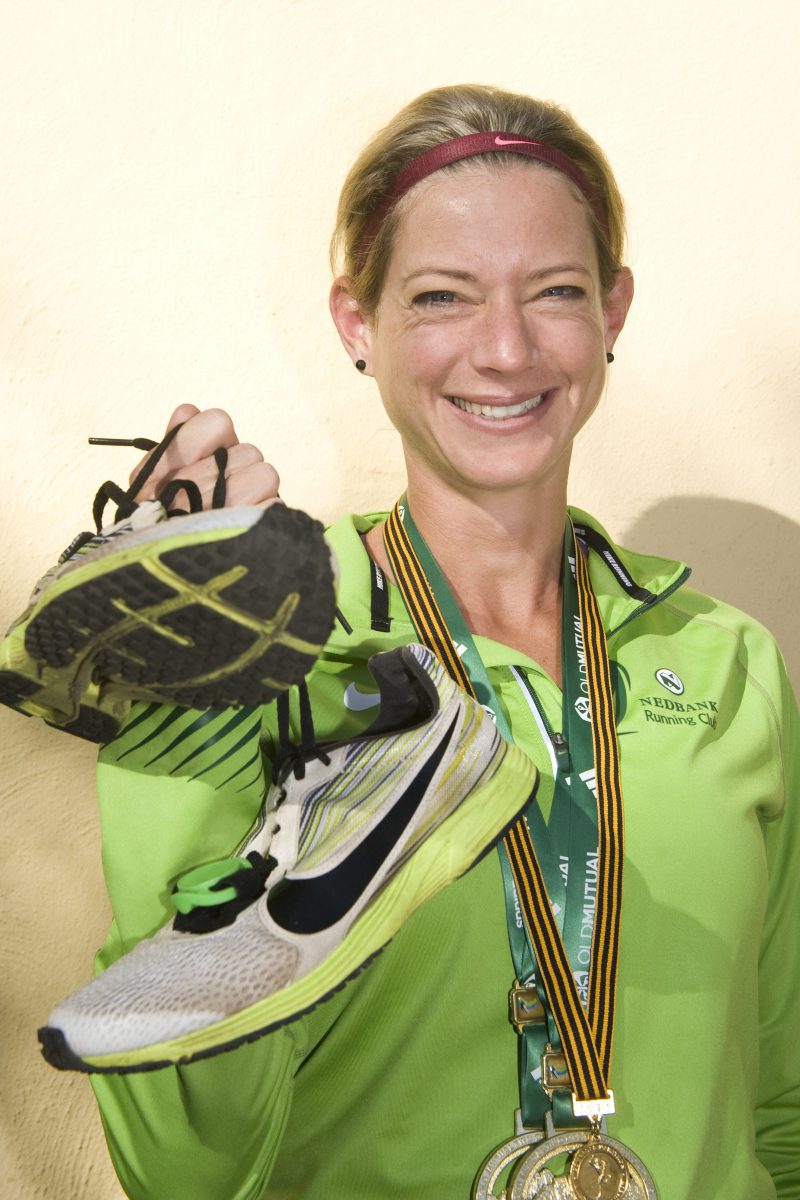 Caroline Wostmann the winner of the 2015 Ladies Comrades marathon stands with the shoes that she ran the Comrades in on 5 June 2015 in Pretoria. Picture: Christine Vermooten

Caroline Wostmann maintains the belief that she can run much quicker over the 42km distance, after battling through the New York Marathon with a foot injury on Sunday.

The 32-year-old ultra-distance specialist took 18th position in 2:44:26 at the prestigious 42km road race, after picking up the injury in the build-up to the event.

Wostmann’s coach, Lindsey Parry, said it had not seemed serious enough to withdraw from the race, and they had taken a chance.

Having gone with the lead group in the early stages, she dropped back and spent most of the race on her own, with the lead women in New York starting ahead of the elite men and mass field.

“It just got too painful in the second half and I guess a hard marathon is sore enough already, so she just battled on,” Parry said.

Wostmann, who could not walk on Monday, admitted she had struggled in the second half, slowing significantly after smashing her 21km personal best by going through halfway in 1:18:40.

“I thought I would take the risk because sometimes things just work out, but unfortunately this time it did not,” she said.

“From halfway I was already just hanging on, trying to count the kilometres to the next water table and so on, just to keep going, but I’m really glad I had the experience.”

Wostmann confirmed she would scrap a possible attempt to qualify for next year’s Rio Olympics, in order to focus on her title defence at the 89km Comrades Marathon.

She hoped to be in contention for selection, however, at the 2020 Tokyo Games.

“I believe I can run a quicker marathon. I am confident I can go under 2:40,” she said.

The 42-year-old athlete out-sprinted American Joshua George to bag the title in 1:30:54, repeating his previous victory at the race in 2005.