"We need to honour the generation who brought about freedom and unity in terms of sport". 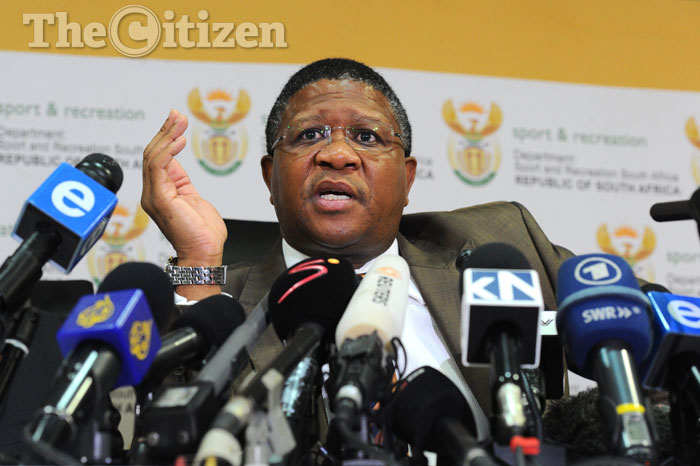 A new government-backed SA Hall of Fame is expected to be launched next year, according to sports minister Fikile Mbalula.

“We need to create a Hall of Fame. It’s not sufficient to single out people at the SA Sports Awards each year,” Mbalula said on Wednesday after visiting the family of slain administrator Banele Sindani in Diepkloof, Soweto.

“We need to honour the generation who brought about freedom and unity in terms of sport.

“All of them belong in the Hall of Fame, so our great grandchildren and our children can remember the contributions made by their fathers in terms of sport.

“I though this would be finalised this year, but I hope next year it will be part of our priorities.”

Sindani, 60, was shot and killed during an armed robbery at his home in Ruimsig in the early hours of Tuesday morning.

A former chief executive of Athletics SA and the SA Sports Confederation and Olympic Committee (Sascoc), Mbalula said Sindani was among the administrators from the early Nineties who deserved to be recognised in the proposed Hall of Fame for their roles in unity talks and transformation.

“Banele was an outstanding South African who did exceptionally well, and it’s a pity we parted ways in the manner we did, through criminal activity,” he said.

“These criminals don’t know what they’ve done to us and to the nation. We still expected a lot and we could never have predicted something like this would actually happen.

“That is why we must ensure those who have made an indelible mark and contribution are remembered forever.”

The independent organisation’s website, however, does not list Sascoc or Sport and Recreation SA among its partners.