Sithole, Montjane halted in first round

SA stars drop out of the first round as Aussie Open wheelchair division gets underway. 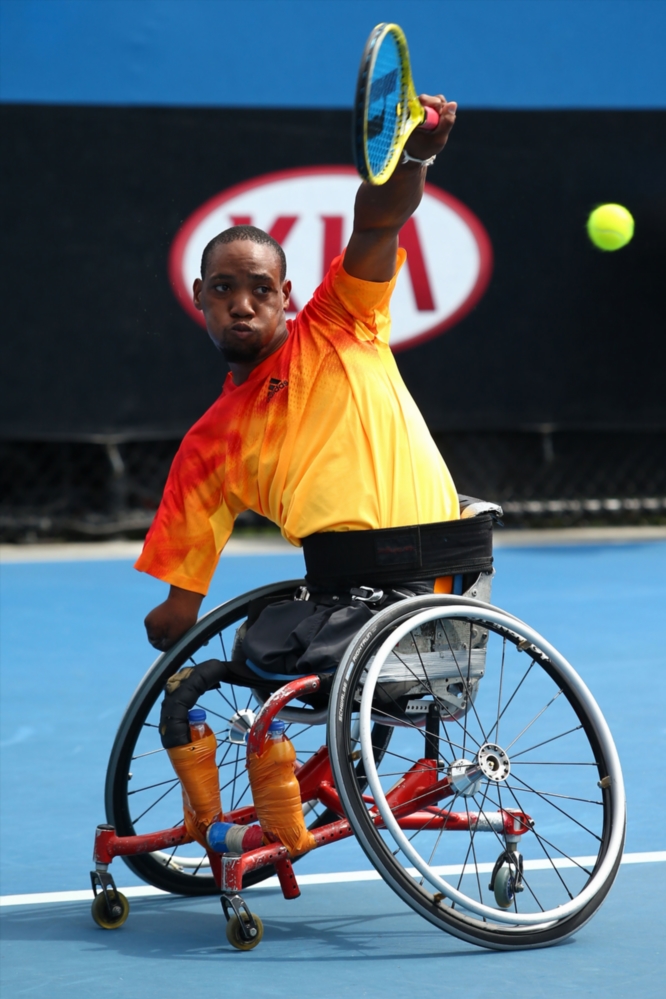 MELBOURNE, AUSTRALIA - JANUARY 27: Lucas Sithole of South Africa competes in his first round match against David Wagner of Australia during the Australian Open 2016 Wheelchair Championships at Melbourne Park on January 27, 2016 in Melbourne, Australia. (Photo by Jack Thomas/Getty Images)

South Africa’s top players crashed out in the opening round of their respective singles categories on Wednesday, as the wheelchair tennis competition got underway at the Australian Open.

Lucas Sithole lost to American David Wagner, with the top seed securing a 6-2 6-3 victory in the quad singles division at Melbourne Park.

Sithole and Wagner were set to team up in a straight doubles final against British player Andrew Lapthorne and Australian Dylan Alcott later in the week.

Khothatso Montjane, meanwhile, put up a fight  against Aniek van Koot in the opening round of the women’s singles, but the Dutch player snatched a 7-6 7-5 win.

Montjane and German partner Sabine Ellerbrock were due to face Marjolein Buis and Yui Kamiji in the first round of the doubles competition.