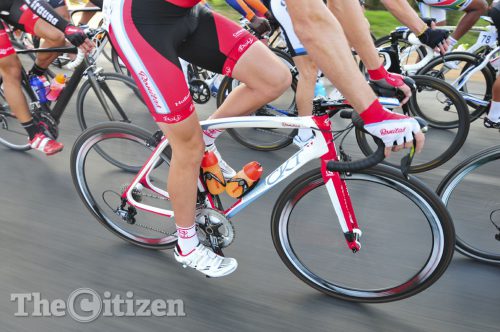 Taking advantage of a wide-open race, after the withdrawal of favourite Ashleigh-Moolman Pasio, Juanita Venter put the hammer down and stormed to her first elite national title in the women’s time trial on Wednesday.

Venter, who ended fifth in the time trial last year, covered the 24km distance in 39:19.52 on the opening day of the SA Road Cycling Championships in KwaZulu-Natal. She completed the course more than 31 seconds faster than mountain biker Samantha Sanders, who took the silver medal.

Former champion Cashandra Slingerland, who won the national title in 2009 and 2010, grabbed bronze a further 37 seconds off the pace.

“I knew if I could make it up on the climbs and power up the last kilometre then I would have a chance at being on the podium,” Venter said.

Moolman-Pasio withdrew from the race in the morning, due to illness, and it was unclear whether she would recover in time to compete in the road race later in the week. The Commonwealth Games bronze medallist won the time trial and road race double at the national championships the last three seasons in a row.

“It’s early season now so I’m just doing all the basics right now and building the foundations for the rest of the year,” Van Dyk said.

The elite road races will be held on Saturday and Sunday.