Luvo Manyonga is trying to leap for cloud nine

No man has ever broken the magical 9m mark in the long jump but South Africa's leaping sensation believes he can do it. 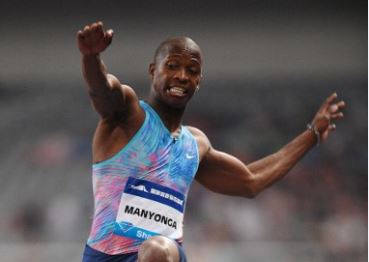 As confident as he is of becoming only the second South African track and field athlete in more than 40 years to break a world record, Luvo Manyonga still has some work to do to establish his place as the best long jumper in the 116-year recorded history of the discipline.

Just one ruler’s length away from the long-standing global mark held by American Mike Powell, however, the lanky Tuks athlete believes it’s just a matter of time before he eclipses the 8.95m standard.

“I want to be the first person over nine metres, and I’m going to do it,” he claimed after breaking the national record for the first time in Pretoria in March.

He was equally bold after adding three centimetres to his own standard at the national championships in Potchefstroom, stating he was “the best jumper in the world, ever”.

Much like sprinter Wayde van Niekerk, who broke Michael Johnson’s 400m world record at last year’s Rio Olympics, the mark targeted by Manyonga is considered one of the toughest in the books.

Should he better the existing record, Manyonga would become only the third man in nearly 49 years to improve the global record after Bob Beamon in 1968 and Powell in 1991.

He would also be the first African athlete to hold the world record in the long jump, with no man or woman from the continent having bettered either standard since the International Association of Athletics Federations recognised the first official men’s mark of 7.61m set by Ireland’s Peter O’Connor in Dublin in 1901.

But as challenging as it may be to notch up such a special place in athletics history, Manyonga’s recent performances offer a clear indication that Powell’s mark is within reach.

Since returning to the sport last season after a four-year hiatus, the 26-year-old athlete has improved his personal best by 39 centimetres, and his national mark of 8.65m places him 11th in the global all-time rankings.

Aiming for consistent progression, time will tell if he can continue his rapid improvement, but if you believe Manyonga, time is all he needs. 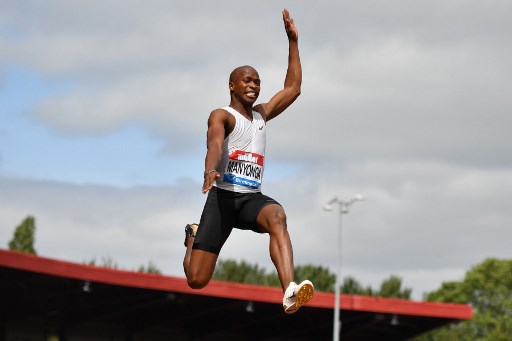