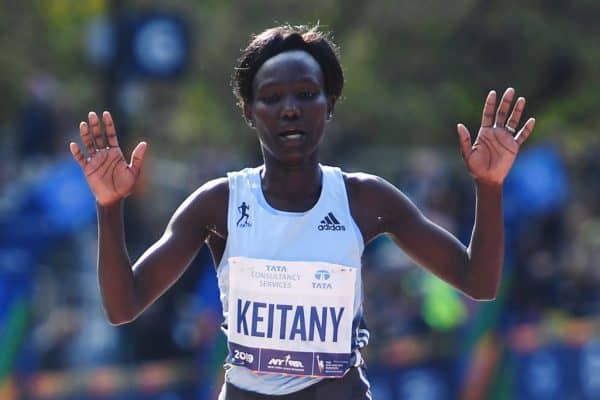 Keitany, one of the country’s most successful marathon runners who only started distance running after the birth of her first child in June 2008, said she made up her mind to retire after 10 years at the top.

“After a lot of soul-searching, we decided with my manager (Italian Gianni Demadonna) that it was better for me to retire,” Keitany told AFP.

ALSO READ: No rest for Gerda Steyn as she targets another marathon

“I picked up a hip injury in my last London marathon race in 2019, which has restricted my training and I’ve not been able to compete effectively since then,” the 39-year-old said.

“I believe I have had a success of my career and this is the best decision I have made.”

In a decade-long career, Keitany held world records at 10 miles, 20km, half-marathon and 25km but could not translate her success on the roads to open championships, finishing fourth at her Olympic appearance in London in 2012.

Keitany claimed a hat-trick of triumphs in New York between 2014 and 2016 and went on to become the first Kenyan woman to win the title four times when she was victorious again in 2018.