AB de Villiers apologises for not being clearer on Test future

Proteas one-day skipper will miss Test series against England too because he's not 'ready' yet but still targets comeback. 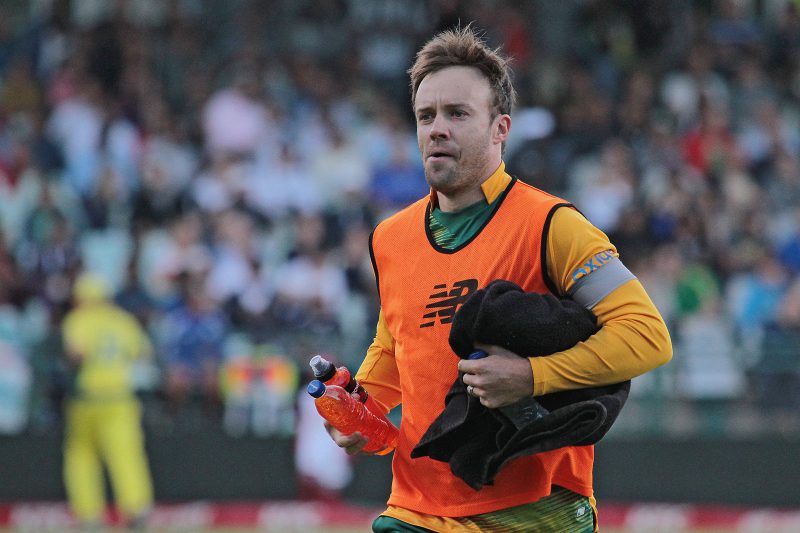 AB de Villiers is willing to do the hard yards to get back into the Test side at the end of the year but "can't commit much further than that". Photo: Grant Pitcher/Gallo Images.

AB de Villiers will not be playing Test cricket until at least next year’s series against India at home.

As a result, the Proteas have to do without him for the high-profile campaign against England in mid-year.

“I apologise for not being quite clear (on Tuesday),” said De Villiers in Centurion on Wednesday before participating in a training session with the national T20 squad.

But there’s a catch.

“I’m not committing to those series, it’s merely my plan,” he said.

That would suggest the Proteas one-day captain – who expressed his willingness to play domestic cricket to get back into the Test side – might call it quits if those four-day games don’t let him feel ready.

Ironically, his new bat sponsorship with MRF Tyres, India’s largest tyre manufacturer, might also come back to bite him.

De Villiers last year signed a contract rumoured to be worth R28 million over three years.

Given that MRF’s core market is Indian, it’s likely they’d insist on him playing in the series against the Indians.

“We’re still negotiating. Obviously they’d like me to play in all three formats so that I play as much cricket as possible,” said De Villiers.

“We’ll have to keep discussing things but I’m very happy to be associated with them.”

Whilst it’s clear that De Villiers wants to remain as diplomatic as possible, he makes no excuses for his decisions.

“I think people are picking up where my state of mind is,” he said.

“My priorities have changed, my family is growing and the time away from home can become a problem. I’m really not in a position to commit too far into the future.”

De Villiers also confirmed he won’t participate in any other lucrative foreign T20 tournaments except the Indian Premier League (IPL).

“I feel the IPL has become part of the international schedule. There’s a lot of reasons why a lot of us wouldn’t say ‘no’ to an IPL contract,” he said.

“I’m not committing to anything else but South Africa and the IPL.”

De Villiers will make his return to competitive cricket on Sunday in a provincial game before leading the Proteas in the five-match ODI series against Sri Lanka.