The Proteas' T20 skipper for the series against Sri Lanka wants his side to play like a well-oiled machine despite their inexperience. 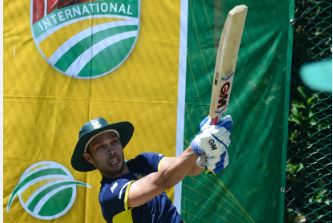 On paper, Farhaan Behardien might be captaining a bunch of Protea newbies in Centurion on Friday night.

But he certainly won’t be treating them as pupils in the first of three T20s against Sri Lanka.

“I want to be a light-hearted skipper,” said the 33-year-old middle-order stalwart on Thursday.

“My style is to empower my teammates. I want them to make their own decisions. When they are confronted with a pressure situation, I expect them to show good judgement.”

After all, as he argues, the men that have been chosen for this series are “the best T20 players in South Africa for the past two months”.

In fact, Behardien himself will have a vital role to play, especially as a proverbial “finisher” in the death overs.

More importantly, this new Proteas side are keen to emulate their comrades in the Test side and continue the domination over a brittle Sri Lankan side.

“We really need to keep the winning momentum (of the Test side) going,” said Behardien.

“The tried-and-tested guys set the example with the red ball. Sri Lanka will be looking forward to doing better in this format. We’ve been practicing with a lot of intensity this week. The players really want to impress the selectors.”

Yet South Africa need to be wary of putting self-interest – which is probably a bit understandable in this context – before the main objective: winning the series.

“We want to win 3-0. There’s no quibbling over that,” said Behardien.

“Sri Lanka will be keen to atone for the Test series and probably will enjoy white-ball cricket more. Whatever game Sri Lanka bring, we need to be able to handle it.”