Dropped fairly early on in the 1st Test against New Zealand, the Proteas opener makes the hosts pay without changing a thing. 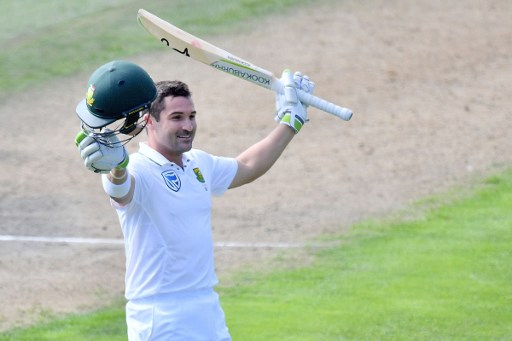 Slowly does it. Dean Elgar doesn't rush things when he wants to punish a mistake. Photo: Marty Melville/AFP.

About two months ago, Hashim Amla was asked about making the Sri Lankan bowlers pay after they dropped a catch off him during his 100th Test.

He would go on to make a hundred.

Despite his reply to that question being typically neutral, you could see in his expression that he actually enjoys doing so.

Amla’s teammates will tell you the same.

During Wednesday’s tight first day of the first Test between the Proteas and New Zealand in Dunedin, Dean Elgar did the same thing.

He only managed to get an edge but the ball was bafflingly dropped by wicketkeeper BJ Watling.

Elgar sniffed blood and went on to craft his unbeaten 128 off 262 deliveries.

The best part of it was that the 29-year-old left-hander rubbed his opponent’s faces in it by merely continuing to grind out his runs.

“I didn’t change my approach at all after that dropped chance,” said Elgar.

“To be honest, I can’t really explain that sequence of play. The ball should’ve gone for four, I got an edge and BJ dropped the ball. Happy days, I’m left smiling at the end of the day. It’s how the game goes.”

The bullish Elgar is the type of character that would enjoy frustrating his opponents but, ironically, his approach worked perfectly as the Proteas reached a slow 229/4 at the end of the day.

“Test cricket is a test of mental strength,” he said.

“This match is one of those situations where you have to scrap it out and not think about yourself. I’m not as talented and free-flowing a batsman as some of my teammates. I have to use whatever advantage I have to make things count. That’s obviously my ability to guts it out and grind it”

In this instance, it was Elgar’s mental steel.

Encouragingly, his current partner at the crease, Temba Bavuma, seems to be in a similar frame of mind.

He endured a tough home series against Sri Lanka but an unbeaten 38 going into day two suggests a turnaround.

“Temba looks the best I’ve seen him in his career so far,” said Elgar.

“This game brings pressure and you can either use it to your advantage or can fade away and he is the kind of character that will use it to his advantage. He’s just got to bide his time and keep doing what he did.”