Prominent sports scientist Ross Tucker also points out how the senior players are far too burdened by the burden of past disappointments. 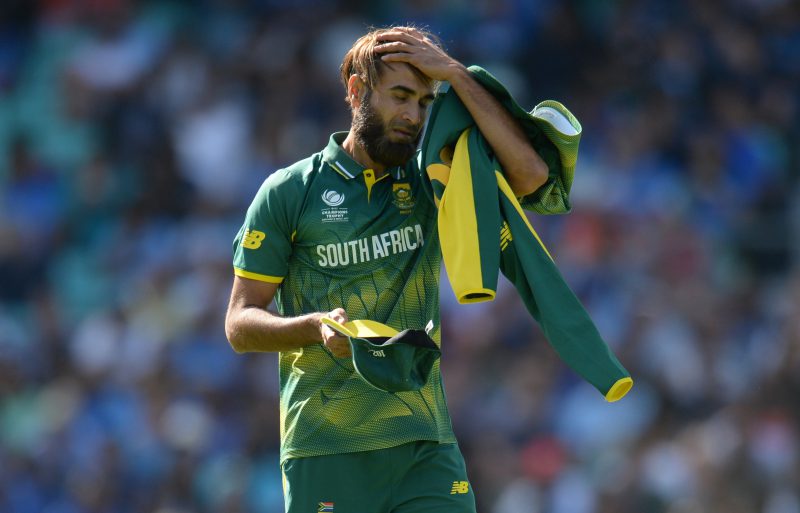 Why are experienced men like Imran Tahir still failing when the pressure is on? Photo: Philip Brown/Getty Images.

Though many sports defeats can be blamed on physiological failures, the most recent capitulation of the national cricket team must again be attributed to psychological pressure, says sports scientist Ross Tucker.

Attempting to earn their first major title in 19 years, the Proteas were dumped out in the group stages of the Champions Trophy tournament in England on Sunday, after being handed crushing losses by Pakistan and India.

“I don’t think there’s much to it that’s physiological,” said Tucker, as the “chokers” tag tightened around the SA squad.

“For the most part, when we’ve lost these matches, and I think the Champions Trophy was a good example, we didn’t play at the level we can play. That’s psychological.”

Since winning the Champions Trophy in 1998, the Proteas have reached four semifinals at seven editions of the tournament, but have never again reached the trophy decider.

Similarly, in seven appearances at the Cricket World Cup, they have reached the semifinals four times but have never contested the final.

Some defeats may be explained by stronger opposition but Tucker said he believed the Proteas were a capable side heading into the Champions Trophy competition.

After all, they won limited overs series against New Zealand, Australia and Sri Lanka in the last nine months, making them the world’s No 1 side in one-day cricket.

He believed there was too much pressure on senior players in the squad and they carried the burden of past failures.

“There are players who are clearly doing things out of character for them,” he said.

“Some of the performances and decision-making is symptomatic of players who are under pressure.”

Tucker hoped the issue was being addressed internally by team management.

“They’ve become saddled with this ‘chokers’ tag, which is scornfully applied, and it gets into the minds of the players. They start thinking about failure, which is never a good thing,” he said.

“They then worry about the consequences of failure and don’t cope with it very well.”