Proteas fight all the way in losing T20 battle

But another batting collapse against Sri Lanka's spinners mean they didn't have enough runs to play with. 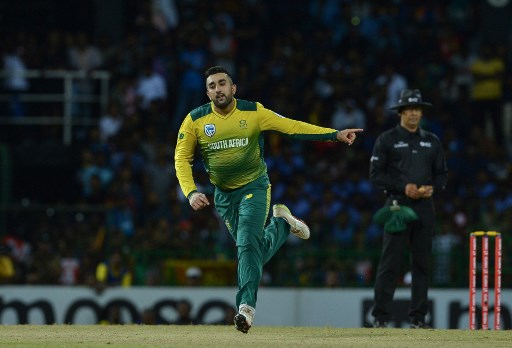 At the halfway stage of the only T20 between the Proteas and Sri Lanka in Colombo on Tuesday, it seemed the visitors already had one foot on the plane back home.

They had collapsed to 98 all out, their lowest-ever total in the format as they, in an all too familiar pattern, couldn’t cope with the hosts’ spinners.

By the end of it all, South Africa were left wondering how they had managed to cling on for so long as Sri Lanka only managed to win by three wickets.

Indeed, it was an admirable effort from the bowlers as they kept plugging away and exploited the Islanders’ poor shot-making.

However, that glimmer of hope can’t mask the batting failure.

While Akila Dananjaya (2/15), who destroyed the visitors with figures of 6/29 in last Sunday’s final ODI, once again had his opponents baffled, it was the more mercurial left-arm spin of Lakshan Sandakan that did most of the damage.

The unorthodox wrist-spinner has generally been wayward during the tour but on this occasion his unpredictability worked a treat, as two of the Proteas batters were fooled by his wrong-un delivery.

Andile Phehlukwayo also gifted him a scalp with a poorly judged reverse sweep, gifting him figures of 3/19.

In fact, South Africa only had themselves to blame for some dismissals.

Hashim Amla scooped a catch to extra cover in the first over, Quinton de Kock was run out after some lazy running, David Miller skied a sweep and JP Duminy missed a reverse sweep.

It all suggested a batting effort from a side very much keen just to jump on the plane back home.

Kagiso Rabada (2/24) had sparked the Proteas’ comeback with a fine, unbroken spell in which he took two wickets in his first over.

Sri Lanka then seemed to be cruising on the back of captain Dinesh Chandimal, who remained unbeaten on 36, and Dhananjaya de Silva’s (31) 53-run stand for the third wicket.

The Titans duo of spinner Tabraiz Shamsi (2/26) and quick Junior Dala (2/22) then dragged the Proteas back into contention as the home side briefly lost their collective head.

But the visitors simply didn’t have enough runs to play with.