Four issues that highlight the deep trouble SA cricket is in

The sport is rapidly reaching a crisis point, specifically because administrative issues are now spilling over into the playing domain. 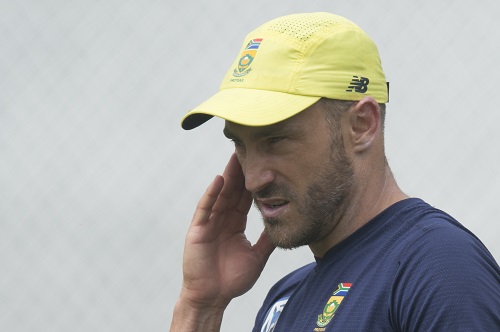 As the Proteas return home from a distinctly average tour of Sri Lanka, their general struggles have throw South African cricket’s issues squarely into the spotlight.

The sport really isn’t in a good space … and it doesn’t really seem to get better.

ISSUE 1: How good are the Proteas really?

National coach Ottis Gibson will point to a decent Test record since taking over in September 2017.

Indeed, 8 out of 12 Tests wins – which includes series wins over India and Australia – looks good on paper.

He’ll probably also argue that an ODI record of 7 wins and 7 losses needs to be viewed in terms planning for next year’s World Cup.

South Africa’s batting seems under-powered without the presence of AB de Villiers while it also doesn’t help that experienced members such as Hashim Amla and David Miller haven’t made big scores for the best part of a year now.

It’s understandable to give rookies more leeway in terms of performance but then it’s up to the veterans to deliver the goods.

Even though Aiden Markram and Quinton de Kock have been tested as leaders, there’s still the suspicion the Proteas lack direction when Faf du Plessis isn’t around.

In fact, they’ve only won one match out of seven when he hasn’t been around in 2018.

Also, can the side cope when opposition now target them through spin bowling?

South African sport is surprisingly good at distancing themselves from boardroom shenanigans.

The problem currently is that the local governing body’s troubles are creeping dangerously into the playing domain.

It’s now well documented that the fallout from last year’s failed T20 Global League is spiralling out of control.

Owners have instituted legal action against CSA, who face the risk of having to add to the massive R221 million they’ve already lost on the tournament.

More importantly, the organisation’s inability to organise the jamboree (even Canada has one) is robbing players of a career-changing payday on local soil, further decreasing the attractiveness of playing domestic cricket.

The byproducts of this fiasco is, frankly, becoming disturbing.

CSA haven’t even been able to release the domestic fixtures yet because they need a window for the replacement tournament for the T20GL.

But how long is that still going to take?

Meanwhile, CSA dithered in drafting and signing a new Memorandum of Understanding with the SA Cricketers’ Association, the agreement that essentially keeps professional cricket alive in the country.

It missed its deadline by three months.

Forget about franchise and semi-professional cricket – that’s an issue warranting its own separate debate.

The best measure of a national pipeline remains its feeder teams.

Recently, that depth was tested through two teams – South Africa ‘A’ and the SA Emerging Players XI.

The Emerging Players lost both their Test and ODI series against their Sri Lankan counterparts, the latter a whitewash.

South Africa ‘A’ lost their Test series against India but their problems go back as far as last year in England.

It’s never a bad thing to have new coaches emerging.

But the South African equation is currently lopsided.

Two franchise mentors – Enoch Nkwe (Highveld Lions) and Rivash Gobind (Warriors) – are in their first year as head coaches, while none of the other four have more than three years’ experience at this level.

The demands of professional sport means there’s not enough time for these men to develop at a stable pace because they’re still expected to win trophies.

Instead, they have to juggle their portfolios because they don’t have experienced men to work under or at least assist them.

It’s not a viable system in the long-term.