Opener Aiden Markram believes him and his teammates were merely 'rusty' against opponents that featured four teenagers. 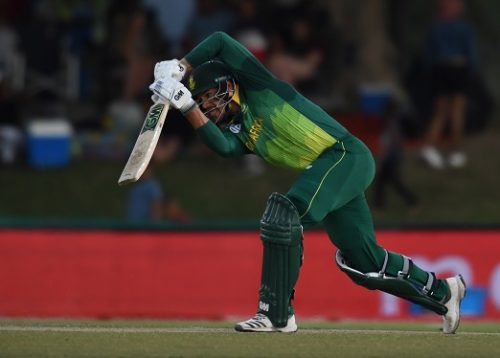 In a hostile cricket country like Australia, a visiting team shouldn’t be too blunt when it comes to assessing its performances – especially before a series is even started.

That’s interpreted as a chink in the armour.

It’s little wonder then that Proteas opener Aiden Markram wasn’t too negative after a poor batting performance saw them lose to a Prime Minister’s XI by four wickets in Canberra.

ALSO READ: WATCH: Faf laughs at this moment of weirdness

“We were a touch rusty and maybe not at the right intensity level, so we’ll turn it up a notch going into the first ODI (on Sunday in Perth),” said Markram.

“From this game guys can see how much work still needs to be done going into the first ODI. We can fine-tune it going forward.”

The 23-year-old was one of the better performers on the day, hitting a fluent 47 off 49 but not converting a good start into a meaningful score.

“It’s nice to spend a little bit of time out in the middle,” Markram said.

“As a batter, it’s never enough runs. And in that sort of situation of the game, it would have been ideal for me to kick on and drag the partnership on with David Miller. Not entirely happy about getting out, but looking back at it, happy to have spent a little bit of time out there.”

Markram, however, praised a gusty bowling effort and believed that Dale Steyn’s spell of 1/41 from seven overs was particularly misleading.

“It’s always good to see Dale swinging the ball at a good speed,” he said.

“It’s a positive sign for us. I’ve got no doubt he’ll lead our young attack and make it nice and exciting. With the ball, we were there and we were always asking good questions.”