We can still get a lot better, says Lungi Ngidi

The Proteas quick himself wasn't at his peak upon his return to international cricket, but at least the side is aware of `the need for improvement. 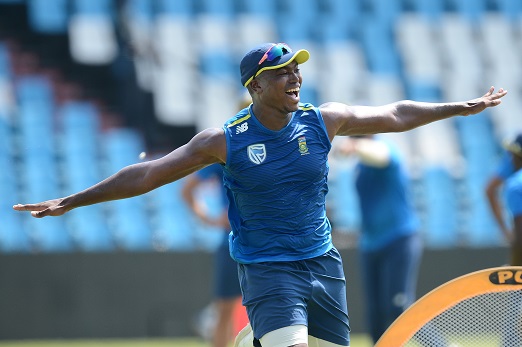 Despite the comfortable nature of their victory in the first ODI against Sri Lanka, Lungi Ngidi admits that the Proteas didn’t bowl all that well at the Wanderers.

It’s a pleasing admission from the young quick, who made a successful return to international cricket with a haul of 3/60 and could’ve had ample reason to see the performance in a more forgiving light.

Indeed, with the exception of Imran Tahir’s brilliant spell of 3/26 and Anrich Nortje’s decent comeback, all the bowlers conceded more than five an over.

“We didn’t hit our mark from ball one,” Ngidi said on Tuesday ahead of Wednesday’s second match in Centurion.

“We take full responsibility for that. We didn’t put them under as much pressure as we should have. The Sri Lankans are very aggressive when you give them length. We’ll be trying to stay away from that.”

However, it’s rather unlikely that one will see the South African attack maintaining an economical rate given that their frontline attack are all strike bowlers – Ngidi, Kagiso Rabada, Dale Steyn, Nortje and Tahir.

After all, aggressive, wicket-taking bowling tends to go hand-in-hand with a few runs.

Ngidi himself had started waywardly at the Bullring before the two opening wickets settled him down.

Oshada Fernando then launched a thrilling assault against Rabada and him, bringing into question whether the Proteas have Plan B’s to counter attacking batting.

“If he’s hitting us for six over our heads, then that’s on us. We did something wrong,” said Ngidi.

“The main thing is that we have to look at ourselves first before we take into account what a batsman like Oshada is doing. But we still had a plan that we wanted to execute. That’s why I said we weren’t at our best. We could’ve executed a lot better.”

Nonetheless, the 22-year-old is still satisfied with his progress since recovering from a knee injury, even if it felt like he was pressed into action quickly.

“Up front, I probably wasn’t at my best. But I’ll take the two wickets. I could’ve been a lot better in the middle, that where I felt I lost a bit of control. The back end was better. I was happy with that,” said Ngidi.

“For a first performance back from injury, I’d probably take 3/60.”