But time is running out for two men considered cornerstones of the future Test side. Temba Bavuma of South Africa playing a shot during day 4 of the 2nd Test match between India and South Africa at Maharashtra Cricket Association Stadium on October 13, 2019 in Pune, India. (Photo by Isuru Sameera Peris/Gallo Images)

The Proteas  in India are drowning.

They are nowhere near taking 20 wickets in a match (they have taken just 16 all series), their top order is misfiring and, most importantly, they have already lost the series and are 2-0 down going into the third and final Test starting on Saturday in Ranchi.

It has, as was widely expected, been the most testing of starts for interim coach Enoch Nkwe , who is looking to secure the gig on a permanent basis.

While conditions on South Africa’s Indian tour in 2015 gave the Proteas a credible reason for going down 3-0 in that series, there can be no complaints this time around.

The surfaces in Visakhapatnam and Pune were traditional Indian strips where big totals were possible early in the Test and turn likely later.

At no stage have the pitches misbehaved and it has simply been a case of a world class outfit outplaying a side that looks flat and without an identity.

While the South African bowling attack has been noticeably toothless throughout, the performance of the top order has been equally concerning.

Dean Elgar and Quinton de Kock posted centuries in the first Test while Faf du Plessis has carded a couple of 50s, but the inconsistency elsewhere has been worrying.

Those returns have combined to leave the Proteas in early trouble in every one of their four innings so far and following the 189 all out in the second innings in Pune, a couple of players should start feeling the pressure of being left out.

Markram, despite his poor touch, should be considered safe from any possible chop given the fact that he is well-established as South Africa’s Test opener.

Considered a potential future captain of this side, Markram still averages a touch over 40 in the format and must be backed to find his best soon.

De Bruyn and Bavuma, however, do not have that luxury.

Bavuma may have been named Test vice-captain ahead of this tour, but he still needs to justify his selection with the bat and so far, that has not happened in India.

De Bruyn, meanwhile, continues his battle to get going in Test cricket and after  11  matches he averages a disappointing  18.95. 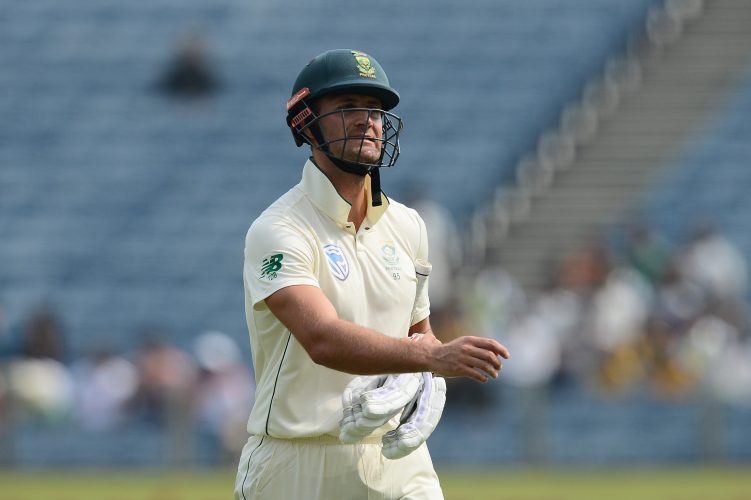 Theunis de Bruyn of South Africa walks back after been dismiss during day 4 of the 2nd Test match between India and South Africa at Maharashtra Cricket Association Stadium on October 13, 2019 in Pune, India. (Photo by Isuru Sameera Peris/Gallo Images)

Waiting in the wings is the highly-rated Zubayr Hamza , the 24-year-old Cape Cobras batsman who has just one Test to his name.

With the third Test a dead-rubber, the Proteas brains trust will be tempted to give Hamza a look-in, but they need to be careful about what such a selection could mean for whoever is left out.

De Bruyn is considered one of the most naturally gifted batsmen in the Proteas set-up by his team-mates, most of whom believe he is just one knock away from finding the confidence he needs to take his game to the next level.

Ever since he debuted in New Zealand back in 2017, De Bruyn has spent a lot of time on the sidelines having to be patient as the likes of Hashim Amla, AB de Villiers and Bavuma were backed in the middle order.

With Amla and De Villiers no longer, an opportunity has now presented itself for De Bruyn to be given an extended run in the South African Test set-up.

It would be foolish, then, to pull the plug on him just two Tests into the summer.

De Bruyn should be given the last Test against India as well as all four against England at home over December and January.

That way, he can bat with the freedom that comes with knowing that he isn’t playing for his life every time he walks to the middle.

The hope is that, with that injection of faith, De Bruyn will start delivering on the potential he undoubtedly possesses.

Bavuma, meanwhile, has been in good touch in India in the weeks leading up to the Test series where he scored runs for South Africa ‘A’ and for the Proteas in a warm-up match against an Indian presidents XI.

The fact that he has been given the vice-captaincy shows that he has become a core member of this Test side and, with Amla now gone, the South African middle order is crying out for experience.

Bavuma, with his leadership ability well documented, offers that.

He needs big runs soon, but leaving him out of the side at this crucial stage of renewal would be more damaging than anything to his long-term role in this side.

Instead, if South Africa want to go with Hamza for the third Test, they might look at leaving out allrounder Senuran Muthusamy.

It would be harsh given the grit Muthusamy showed with the bat on debut in Visakhapatnam, but are the Proteas really getting enough out of him with the ball to justify selection?

It is a decision that Nkwe and skipper Faf du Plessis will have to think long and hard about before Saturday.

The series may be lost for this struggling group, but there is still the opportunity for these players to deliver performances of substance, and right now nobody needs that more than De Bruyn and Bavuma. 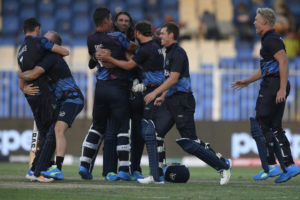 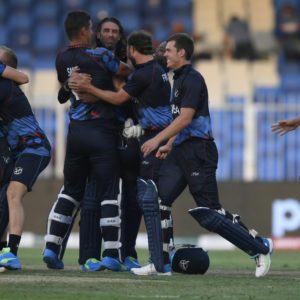 South Africa v Australia at the T20 World Cup: The game changers
1 day ago
1 day ago

South Africa v Australia at the T20 World Cup: The game changers
1 day ago
1 day ago