The Mzansi Super League’s overseas stars – the hits and misses

Foreigners at the T20 tournament have delivered a distinctly mixed bag of performances in 2019 to date. James Vince has been a standout performer. (Photo by Ashley Vlotman/Gallo Images)

Last week, Thabang Moroe, Cricket South Africa’s controversial CEO, proclaimed in a television interview that the Mzansi Super League (MSL) is the most watched T20 tournament in the world behind the behemoth that is the Indian Premier League (IPL).

It’s a highly debatable statement to make, particularly given how poor attendances at the respective grounds have been.

Nonetheless, an attractive product requires attractive cricket on the field and overseas-based stars undoubtedly have a huge role to play in that regard.

With the halfway stage of this year’s tournament reached, here’s how the MSL’s foreigners (Kolpak players excluded) have performed. The 26-year-old from Lancashire was considered one of the more low-key acquisitions in this season’s player draft, but he’s certainly made his mark.

His 65 off 41 against the Stars at Newlands was a superb effort, an innings bristling with power and some neat innovations, while he’s also made two other vital contributions, particularly in keeping the Blitz’ run rate going against the Heat in Durban.

He top-scored in the narrow defeat to the Giants in PE and now seems rather indispensable to a batting line-up prone to inconsistency.

One of few real superstars in this season’s campaign, the elegant stroke-maker has fully justified his billing with a brilliant start to his stint.

Granted, he came into the tournament on the back of an outstanding T20 series against New Zealand, but his seamless integration at the Rocks has still been impressive.

His unbeaten 86 against the Spartans was typical, an exhibition where he never overexerted himself and a classy 43 also stabilised the chase against the Stars. The compact left-hander has had a few lean years on the T20 circuit, yet he seems to have regained his zest in Port Elizabeth.

In addition to being a highly competent gloveman to date, Dunk lead the way in bonus-point demolition of the Stars, galloping to his 50 off just 30 deliveries – a result that could still prove vital in the final standings.

His 28 also played a significant part in the Giants’ comeback against the Blitz. 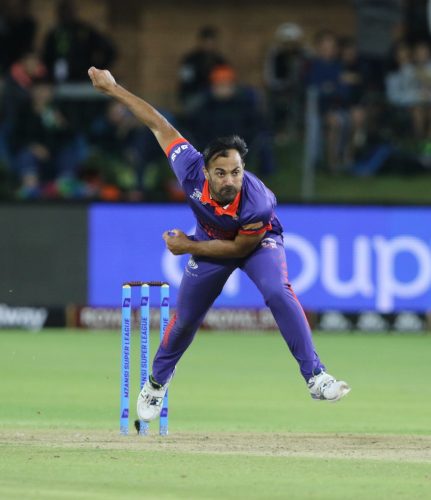 Even if it hasn’t translated into a glut of wickets, the veteran quick has added a sting and experience into the Blitz’ attack. He’s also shown a very useful side with the bat too. The rain that has plagued the Heat has seen the English warhorse only bat twice to date, but his unbeaten 57 against the Giants was a determined, calm knock that brought his team right back into the match. But can he continue that form? His gentle seamers have been dealt with fairly comfortably though. It’s been an inconsistent tournament for the beefy hitter, though his 26-ball 43 was a timely, match-winning reminder of his ability. You always get the feeling he’s never far away from a meaningful contribution. Took his time to adjust to South African conditions, with two batter-friendly surfaces in Centurion and Paarl not really helping. But the seamer burst to life with an excellent spell against the Stars, combining skill with mental steel, particularly after he got an initial pasting from Chris Gayle. He’s only come out to bat twice, but his aggressive 23-ball 41 almost single-handedly carried the Blitz over the line in the Cape derby after they looked dead in the water. The Blitz will hope that knock is a springboard for more. Another one of the really big names in the tournament, the national opener took his time to get a decent score under the belt. However, his sprightly 50 against the Heat was a fine innings. Will he now take off? Stumps fly of /Chris Gayle of the Jozi Stars during the Mzansi Super League match between Jozi Stars and Tshwane Spartans at Imperial Wanderers Stadium on November 24, 2019 in Johannesburg, South Africa. (Photo by Gordon Arons/Gallo Images)

There was an entertaining 54 before the collapse against the Spartans, but the Windies legend certainly disappointed badly. 47 runs in his five other visits to the crease said everything that needed to be said. Even though he complained about it, you don’t get respect with those type of numbers. A hit with his national side here earlier in the year, the left-armer has been lukewarm. While he did defend 11 in the final over of the thriller against the Blitz, Udana is yet to really convince he was worth the pick in the draft. He left an indelible mark on last year’s inaugural tournament, but the gritty all-rounder has gone missing in 2019. His bowling hasn’t necessarily been bad, though the same can’t be said of his batting, which has done little to add steel to the Stars’ wobbly middle and lower order. He doesn’t even bat at a run-a-ball. There’s little case being made for an international recall at the moment.