Maharaj, even when underused, shows Proteas worth

The 29-year-old left-arm orthodox showed at SuperSport Park that he still has an important role to play for this side. 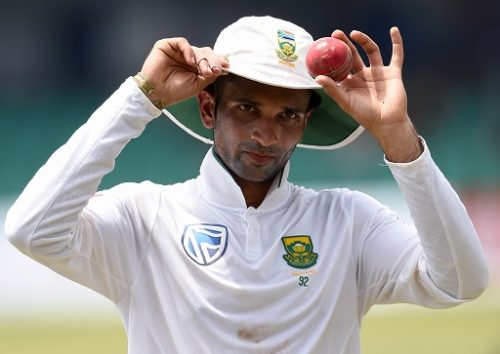 With four seamers operating on a wicket that was offering them significant assistance, the Proteas didn’t need spinner Keshav Maharaj to bowl a myriad of overs in the first Test against England at Centurion.

That is not uncommon on South African wickets of the recent past, but the 29-year-old left-arm orthodox showed at SuperSport Park that he still has an important role to play for this side.

England, with Jack Leach out injured, were unable to field a specialist spin bowler and it was a luxury the Proteas benefited from in the form of Maharaj.

While he went 0/18 (4) in the first innings as England were rolled for 181, Maharaj then sparked in the second innings with two key wickets for his side at crucial moments in the game to finish 2/37 (16) .

The first of those wickets came deep into day three when England, chasing a highly improbable 376 for victory, had made the perfect start to get to 92/0 through openers Rory Burns and Dom Sibley.

With the Protea seamers unable to make the breakthrough, skipper Faf du Plessis threw the ball to Maharaj and he didn’t have to wait long for success as Sibley chipped back to the bowler to get the hosts on their way.

The even more important moment, though, came on day four when Maharaj removed dangerman Ben Stokes for 14.

As long as Stokes was at the wicket, the Proteas could never be comfortable given is 2019 World Cup and Ashes heroics.

When Stokes edged a cut onto his stumps, Maharaj and the Proteas erupted in a moment that showed just how much it meant to them.

While South Africa went on to secure a comfortable 107-run victory to go 1-0 up in the series, the feeling of contributing significantly to that win will go down a treat for Maharaj in what has been a testing year.

Du Plessis, though, never lost faith in his spinner.

“We at the back of the stumps had a lot of confidence in Kesh. We kept saying that we felt in the second innings that he was going to get Ben Stokes out,” Du Plessis said.

“Obviously the way that Stokes plays, he is going to take the game on.

“We just had a gut feeling that it was going to happen. You’ve got to stay true to that and you can’t measure it over by over. It’s a feeling that you have to try and stick with.

“It was a massive wicket for us. Stokes has proven in the Ashes that if he is around, he can win the game on his own.”

With the Test series now moving to Cape Town and then Port Elizabeth, Maharaj can expect to do more bowling as things progress.

“Even though Kesh didn’t bowl as much as he would have liked, the wickets he got for us in the second innings were huge,” Du Plessis added.

The second Test at Newlands starts on January 3.