But it's not a done deal yet as the English cricket authorities stall on the formalities due to the Covid-19 pandemic. 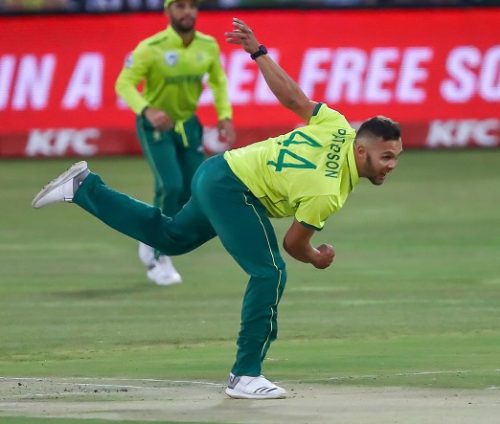 Cape Cobras coach Ashwell Prince has confirmed that Proteas fast bowler Dane Paterson is in the process of signing a Kolpak deal. Paterson’s name was missing from the Cape Cobras’ 18-man squad announcement on Monday for the 2020/21 season.

The 31-year-old, a stalwart for the Cape Cobras in recent seasons, has played 2 Tests, 4 ODIs and 8 T20s for the Proteas since making his debut in 2017.

Prince revealed in a video press conference on Monday that Paterson is in the process of signing a Kolpak deal, but was awaiting on approval from the England and Wales Cricket Board (ECB), who are in a bit of a administrative paralysis due to the Covid-19 pandemic.

“He is doing so, but he needs the final boxes to be ticked by the ECB,” said the former Proteas star batsman.

“Every case needs to be handled individually as far as these things are concerned. Whether a player is over 30 and especially in the case of a bowler… you don’t have many years left of you.”

The Cape Cobras confirmed that “if Kolpak falls away then he will be playing as an overseas pro for the county”.

“We have been requested not to mention the name of the county until Dane has had his final interview with the ECB to ratify it,” said a Cobras spokesperson.

Several reports though have stated that Nottinghamshire is the county in question.

Paterson last featured for the Proteas earlier this year in two of the four Tests against England, and took four wickets.

He was then excluded from the Proteas’ limited over squads for matches against England, Australia and India.

Prince revealed that Paterson’s exclusion from those squads contributed towards him looking to pursue a Kolpak deal.

“It is (disappointing), but then the player asks ‘but if I played for the Proteas just a few weeks ago, why am I not in the one-day or T20 squads’? You’ve got to look at it from both perspectives,” said Prince.

“He is saying, well, maybe I only played in the Test because so many players were injured and KG (Kagiso Rabada) was suspended.

“It’s a massive decision for these players, it has a big impact in their lives and it’s not taken lightly.”

The Cobras have a new-look squad for their upcoming season after losing Vernon Philander (Kolpak), Rory Kleinveldt (retired) and Dane Piedt (signed deal in the USA).