The Proteas spinner finished with magnificent figures of four for 15 in his four overs. 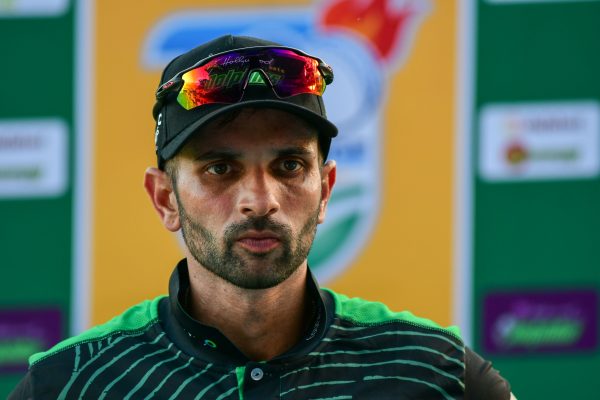 Keshav Maharaj of the Dolphins was in fine form with the ball as he helped his team beat the Cobras on the opening day of the T20 Challenge in Durban on Friday. Picture: Getty Images

The Cape Cobras suffered a parlous mid-innings collapse as they went down to the Dolphins on the first day of the CSA T20 Challenge at Kingsmead in Durban on Friday.

But Proteas star Keshav Maharaj bowled De Zorzi in the 11th over and also dismissed Verreynne, well-stumped by Grant Roelofsen off a superb piece of slow left-arm spin, in the same over.

Fellow spinner Prenelan Subrayen also chipped in with the wicket of George Linde (1) and the Cobras subsided to 106 for seven, mirroring the Knights’ collapse earlier in the day against the Titans when they slumped to 116 all out from 84 for two.

ALSO READ: Titans off to winning start in T20 competition as Shamsi rocks the Knights

Some lusty blows by Christiaan Jonker (41* off 25) lifted the Cobras to 141 for seven, but they were also-rans by then, ultimately losing by 14 runs.

Maharaj finished with magnificent figures of four for 15 in his four overs, while off-spinner Subrayen was also excellent with one for 19.

The Dolphins, who won the toss and batted, found themselves in trouble in the first half of their innings as they struggled to 63 for four.

There were two run outs in their top-order and they were the vital wickets of the in-form Grant Roelofsen for a duck and kingpin David Miller for 16.

But an inspired innings of 59 off 39 balls by Khaya Zondo shifted the momentum away from the Cobras and lifted the Dolphins to 155 for eight.

Andile Phehlukwayo (13) and Robbie Frylinck (17) played their part in consecutive partnerships of 43 and 48 with Zondo.

Zondo fell in the final over and was the middle victim in a superb hat-trick by rookie left-arm spinner Siyabonga Mahima.

The 24-year-old from Mpumalanga finished with four for 18 in three overs having been thrust into bowling the last over in a surprise move by captain Tony de Zorzi. It was the fourth hat-trick in South African T20 franchise history.