David Miller batted through to the end for the Dolphins, belting 56 not out off just 38 balls. 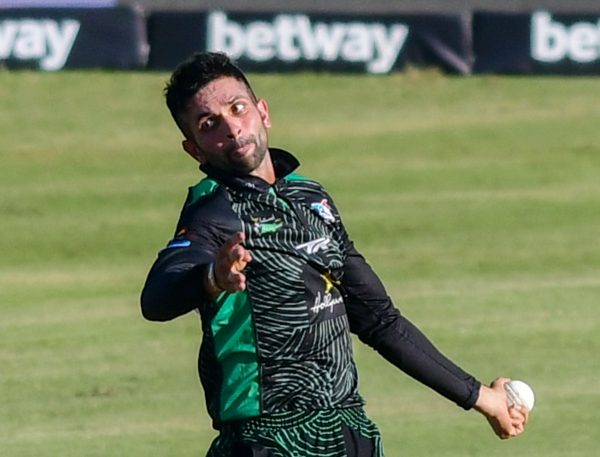 Keshav Maharaj conceded just 10 runs in his four overs for the Dolphins in their T20 Challenge match against the Lions. Picture: Gallo Images

Dolphins spin twins Keshav Maharaj and Prenelan Subrayen destroyed the Lions on Wednesday, helping bowl them out for just 110 runs to clinch a bonus-point win that will assure the KZN team of first place on the log and an automatic place in Sunday’s T20 Challenge final.

The Lions were chasing 152 for victory, a challenging target on a pitch that was getting slower and slower. But they would never have expected to gift the Dolphins a crucial bonus point as they were bowled out in the last over.

The Lions can only draw level with the Dolphins on the log if they beat the Cape Cobras with a bonus point on Friday, and then the result between the two teams takes preference over run-rate.

Spinners Maharaj and Subrayen opened the bowling and immediately exerted pressure. They returned in the middle overs and had combined figures of four for 28 in their eight overs.

Orthodox left-armer Maharaj only conceded 10 runs in his four overs and off-spinner Subrayen took three for 18.

Rassie van der Dussen was the only batsman to briefly break free from the stranglehold, scoring 33 off 29 balls before holing out to a Subrayen delivery that held up in the pitch and turned.

Kagiso Rabada (15) and Aaron Phangiso (16) hit the ball cleanly as they tried to prevent the Dolphins getting the bonus point in a ninth-wicket stand of 27, the biggest partnership of the innings, but they fell 11 runs short.

Seamers Robbie Frylinck and Ottneil Baartman provided excellent support to the spinners as they both took two for 26.

The Lions bowlers were able to continue their impressive form in the competition, restricting the Dolphins to 91 for four in the 15th over, with opener Keegan Petersen scoring a run-a-ball 35.

But the evergreen David Miller was still at the crease and he batted through to the end, belting 56 not out off just 38 balls with some great death batting that took the Dolphins to 151 for four.

Mangaliso Mosehle (18*) shared a vital unbroken partnership of 60 off 37 deliveries with the Proteas star, who showed again that he is one of the best T20 batsmen in the country.