The Warriors are now in third place on the log, while the Knights have been eliminated. 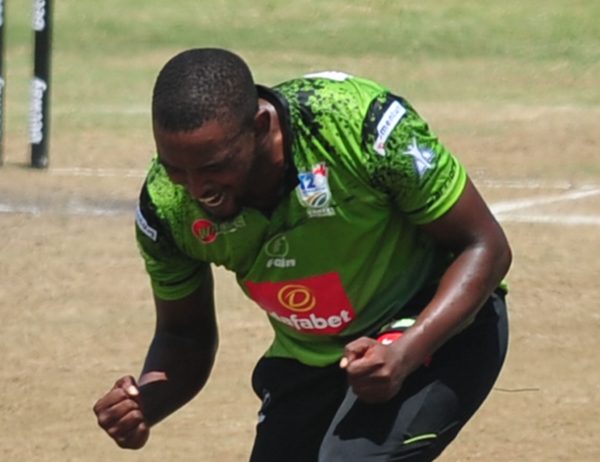 Exciting prospect Raynard van Tonder was the only batsman to hit the high notes, but his wonderful 81 not out off 57 balls was in vain as his Knights team still went down by 14 runs to the Warriors in their T20 Challenge game at Kingsmead on Thursday.

The result has an important effect on the playoff situation as it means the Titans now have to beat the Dolphins on Friday to progress. If the Titans lose, then the Cape Cobras will qualify if they beat the Lions with a bonus point.

But the Warriors are in third place, while the Knights have been eliminated.

The Knights were chasing 158 for victory but started their innings on a disastrous note as Patrick Kruger was run out by Jon-Jon Smuts without facing a ball.

That brought Van Tonder to the crease and the 22-year-old showed he is improving with every outing as he stroked six fours and three sixes.

But he had little support of note, dominating partnerships of 52 off 41 balls with Matthew Kleinveldt (12) and 40 off 26 deliveries with Shaun von Berg (16).

No-one else reached double figures as the Knights were bowled out for 143.

Seamer Mthiwekhaya Nabe once again shone for the Warriors with an excellent return of three for 19, while there were also fine performances with the ball by fellow pacemen Anrich Nortje (2-17) and Marco Jansen (2-30).

The Warriors were sent in to bat and freeflowing strokeplay by Smuts (33 off 21) and Gihahn Cloete (22 off 20) saw them tear to 53 without loss in the powerplay.

But leg-spinner Von Berg dismissed both of them in the seventh over and thereafter the Warriors relied on Lesiba Ngoepe, who has had a sorry tournament thus far, to take them to a matchwinning total, the left-hander belting 41 off 30 balls to take them to 157 for eight.

Left-arm quick Mbulelo Budaza was bang on target with his cutters and slower balls as he took three for 18 in his four overs and spinners Von Berg (4-0-27-2) and Kleinveldt (3-0-17-2) kept the pressure on the batsmen.