The Knights reached 307 for six at stumps on day two, a handy 44 runs in front. 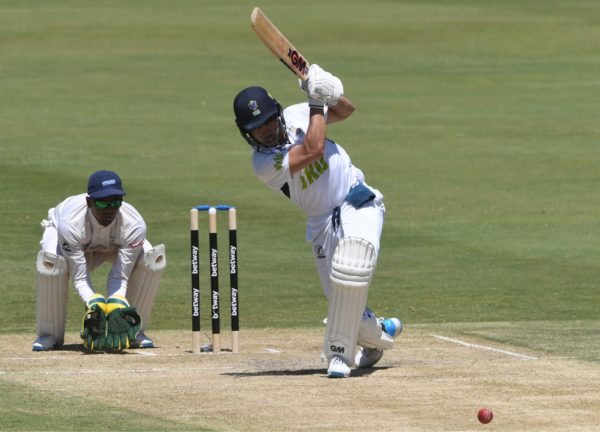 Farhaan Behardien plays a shot for the Knights on day two against the Titans. Picture: Gallo Images

Farhaan Behardien, now playing for the Knights, made just his second 4-Day Domestic Series century at SuperSport Park on Monday, an inspirational effort that put the visitors into a first-innings lead against the Titans in the match-up between the two pool leaders.

Behardien, who starred for the Titans in 98 four-day matches before joining the Bloemfontein side this season, came through a tough morning session in which the Knights had slipped to 49 for three in the first hour.

The 37-year-old showed all his experience, determination and skill as he reached stumps on 126 not out, his 233-ball effort leading the Knights to 307 for six on the second day, already a handy 44 runs in front.

Raynard van Tonder began the fightback for the Knights with his controlled 52, adding 106 for the fourth wicket with Behardien, before Patrick Kruger took control in the afternoon with an aggressive innings of 69 off 99 balls.

Kruger and Behardien added 113 for the fifth wicket and the key partnership was broken only in the third over with the second new ball when Lizaad Williams was fortunate to win an lbw decision against Kruger.

Williams was the best of the Titans bowlers, sharp and consistently asking questions of the batsmen, as he finished the day with three for 63 in 19 overs.

He will need to be as good on the third morning as he was in Monday’s first session, however, if the size of the Knights lead is going to be kept to manageable proportions by the home side.