With the series locked at 1-1, there's everything to play for in the final ODI in Colombo. 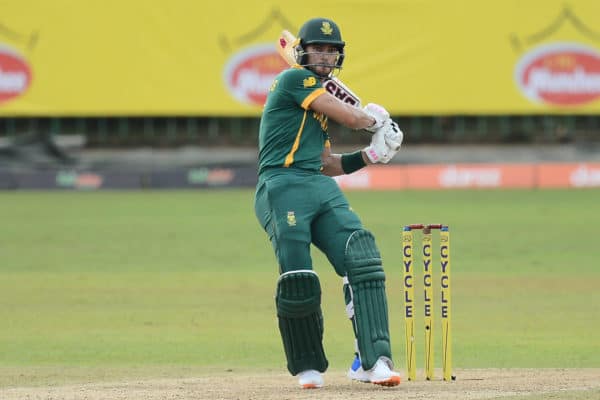 Reeza Hendricks of Proteas was in good form in the second ODI against Sri Lanka and is confident the team will produce their best in the final game on Tuesday. Picture: Isuru Sameera Peiris-Gallo Images/Getty Images

The sweet fragrance of blooming confidence and the reward for hard work put in seems to be permeating through the Proteas batting line-up in Sri Lanka at the moment and South Africa are hopeful they will hit their peak in the third and decisive ODI in Colombo on Tuesday.

The Proteas have posted scores of 286 for six and 283 for six in the two matches thus far. Their defeat in the first ODI was mostly due to some shoddy bowling and fielding. As a measure of their improvement with the bat, of their last 20 innings totals on the subcontinent, only five have been higher.

“Sri Lanka is known for spin bowlers, we were well-aware of that before the tour and a lot of work was put in behind the scenes, especially at our camp in Potchefstroom, which really helped. Coming here, our focus has been on how we face spin. Fortunately all that hard work is paying off, we’ve adapted well and we are playing nicely,” top-order batsman Reeza Hendricks said on Monday.

“We would now love to play our best game in the decider. It’s just about mindset. We played well in the first game but we came up just short, we leaked 15-20 runs too many in the field,” added Hendricks.

“The good thing is there are a few guys contributing and we are quite confident with the team we’ve got and the way we’ve been playing.”

Hendricks batted particularly well in the second ODI, coming into the side for the injured regular captain, Temba Bavuma. The 32-year-old, playing his 22nd ODI, came in at 43 for one in the ninth over and scored at pretty much a run-a-ball from the outset, making the Sri Lankan bowling look pretty friendly as he cruised to 51 off 54 balls.

“I still took some time to get myself in and then I was able to play freely. My role was to keep the intent going and the scoreboard ticking over. I would have loved to go on further though,” Hendricks said.

He most certainly fulfilled his role as he helped increase the run-rate in a second-wicket partnership of 96 with brilliant centurion Janneman Malan.

Speaking of friendly, fast bowler Kagiso Rabada was decidedly unfriendly as he rocked the Sri Lankan reply with two for 16 in his six overs up front. Unfortunately he then sprained his ankle fielding and had to pull out of the rest of the game.

According to team management, Rabada was “progressing well” on Monday and will do a final fitness test before the match on Tuesday.