The T20 side will be captained by Temba Bavuma, who is currently injured but expected to be fit for the tournament. 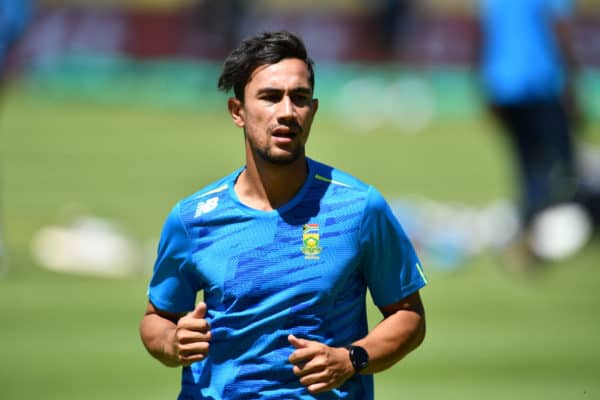 Since making his debut last November, George Linde has played in 14 of South Africa’s 18 T20 Internationals and done rather well, so his omission on Thursday from the Proteas’ squad for the T20 World Cup starting in October in the United Arab Emirates came as a shock.

Linde has taken 15 wickets in those games, at an average of 22.66 and a very tidy economy rate of 7.08 runs-per-over. Although he has not yet been able to really do justice to his talent with the bat, he has a strike-rate of 130.

The three left-arm spinners named in the squad are Tabraiz Shamsi, Keshav Maharaj and Bjorn Fortuin.

Maharaj has yet to make his T20 International debut, although his performances in ODIs suggest this is overdue. Over the same period since Linde’s debut, Fortuin has played just six T20s.

Convenor of selectors Victor Mpitsang on Thursday struggled to explain the selection tangle, which makes it look like the wrong horse has been backed for the last 10 months.

“George is one of our all-rounders, he has done well with the ball but we have decided to go with our senior all-rounders (23-year-old Wiaan Mulder and 32-year-old Dwaine Pretorius, both seamers) and in terms of a left-arm spinner, Bjorn,” Mpitsang said.

“And the selection panel felt Keshav would bowl really well in those conditions. In terms of role-clarity, George has done really well on the bowling side, but Bjorn can also bowl up front and that swung it.”

Linde was named as one of the three travelling reserves, along with seam bowling all-rounder Andile Phehlukwayo and paceman Lizaad Williams. The rest of the T20 squad are all in Sri Lanka for a three-match series that starts on Friday, apart from captain Temba Bavuma, who is back home having had surgery on a fractured thumb, and Lungi Ngidi, who is in the UAE, preparing for the resumption of the IPL.

Bavuma said he expects to have recovered from his finger surgery in about four weeks.

It seems Morris has officially signed the divorce papers from Cricket South Africa, with Smith saying “he has made himself unavailable for international cricket”, while agreement could not be reached with Du Plessis. Tahir has a ready-made replacement in Shamsi and De Villiers stated in May that his international retirement was final.