Proteas vice-captain, Hashim Amla, feels his team will have a better understanding of the conditions in the second one-day international (ODI) against New Zealand at the Bay Oval in Tauranga on Friday (SA time, 11.30pm on Thursday night). 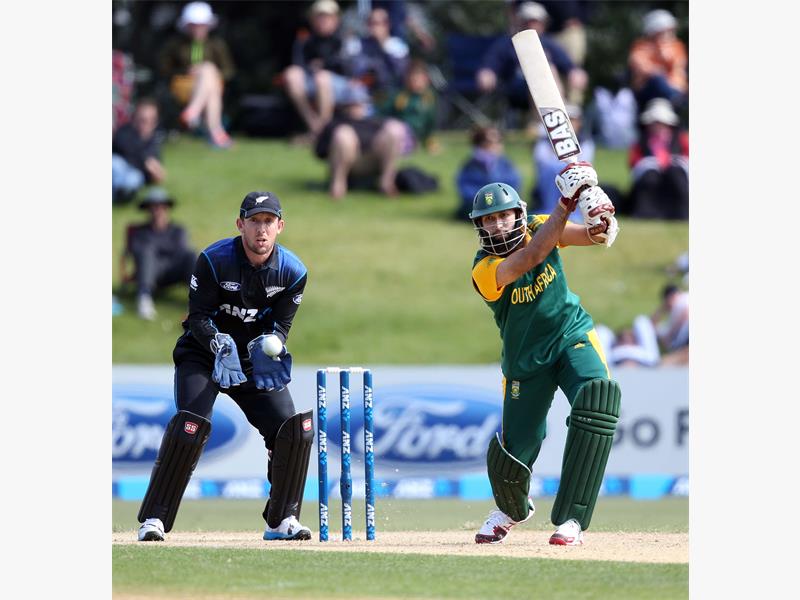 The Proteas had a good run in the unfamiliar conditions in Tuesday’s opening match, and will follow a similar approach with the same strip expected to be used.

“Fortunately the score wasn’t that big so 230 did allow you a bit more time to not take as many risks,” Amla said of the Proteas’ run chase on Tuesday. “The adjustment was about being patient and grafting it out there. There is a tendency in one-day cricket, and with the advent of T20 cricket, to try and score quickly upfront. When you don’t have a wicket that allows you to do that the biggest adjustment is biting your tongue and blocking out a few dot balls.”

The Proteas have an opportunity to close out another series on the road, and continue to ride the winning momentum created the past year.

“The idea is to win as much as you can,” Amla said. “There is no doubt that you are going to have a few days where you don’t perform as well as you would like and you may lose the game, and there are also other days where you perform well and the other team has a better day, it’s a given. You can’t have a 100% win rate, although that would be wonderful, but it’s unrealistic. We want to win as many matches and as many series as we can, at the end of the day we want to be on the winning side more than the losing side.”

Amla says the squad is focused on process rather than rankings, despite the possibility of regaining the No 1 ODI team ranking with a clean-sweep series win against the Black Caps.

“To be honest with you, I don’t think anyone has mentioned it, it hasn’t been a major motivator for us,” he said of the rankings. “You obviously want to get to the World Cup within the top three to give you a gauge of what your chances are in a different sort of way. Being No 1 would be great but at the moment we are sticking to a good plan of winning as many as we can and taking each match with the importance that it has.”

Lauren Dickason: SA mom will plead not guilty to killing her kids in New Zealand
2 weeks ago
2 weeks ago

Lauren Dickason: SA mom will plead not guilty to killing her kids in New Zealand
2 weeks ago
2 weeks ago