Why the Proteas won ODI series

It was a case of mission accomplished for the Proteas as they wrapped up the series with a 72-run win in the second one-day international (ODI) against New Zealand at the Bay Oval on Friday. 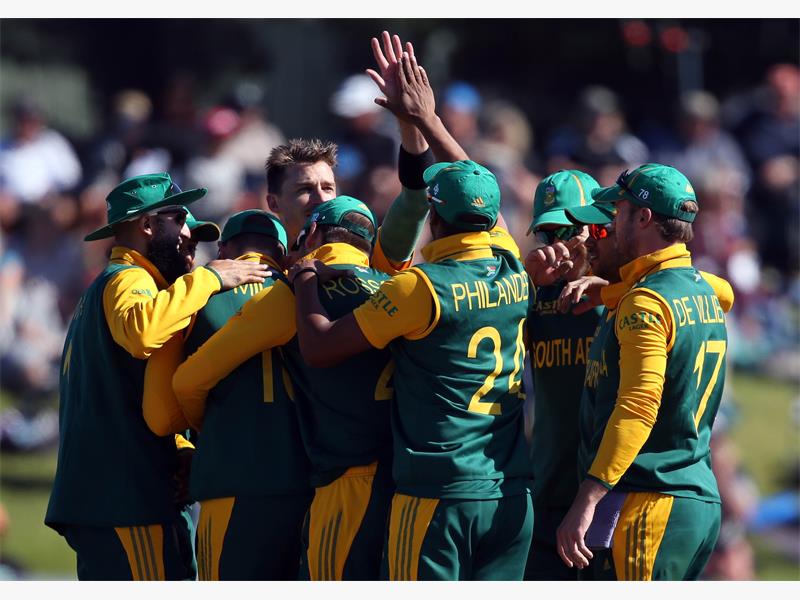 South Africa celebrate the wicket of New Zealand's Corey Anderson during the one-day international cricket match against New Zealand at the Bay Oval in Mount Maunganui on Friday. Picture: AFP

The Proteas hold an unassailable two-nil lead in the three-match series, and continue their winning run with their third consecutive series win on the road.

“It’s very satisfying,” a delighted captain AB de Villiers said after the match. “We came here to win the series and we have achieved that, I’m very proud of the guys. I thought it was a close to perfect performance with both bat and ball.”

It was an improved performance from the opening match; with the Proteas top six setting up a challenging first innings total and the bowlers backing it up with intent and aggression.

“You can’t get the basics wrong when you have an opening stand like the one we had,” he said. “With one of the openers following on with a big hundred, it made life easy for myself, Faf (du Plessis) and JP (Duminy) to bat around that, it allowed us to be aggressive which was a bonus. I felt we put New Zealand under a lot of pressure in certain partnerships and that put them on the back foot.”

De Villiers explained the decision to replace Ryan McLaren with David Miller, and was satisfied with the outcomes of the trial.

“The reason behind that was to try out another option, he said. “I feel you need that option at a big tournament like the World Cup. Against certain teams it’s important to have seven frontline batters and to have confidence in that option will be important moving forward.

“Yes we were a bowler light, but JP Duminy has bowled well in the last year and I have been working on getting one or two overs in,” he continued. “If we can do that then we can manage with playing seven batsmen in certain matches. I don’t think it will become a trend but it’s good to have the option.”

Man-of-the-match, Hashim Amla, says the consistent performances from the top six is a result of the continuity and backing from the coaching staff.

Amla scored his 16th ODI century to lay the platform for the win.