Proteas back at No 1 in rankings

South Africa has reclaimed the No 1 one-day international (ODI) world ranking following the conclusion of their series against New Zealand in New Zealand. 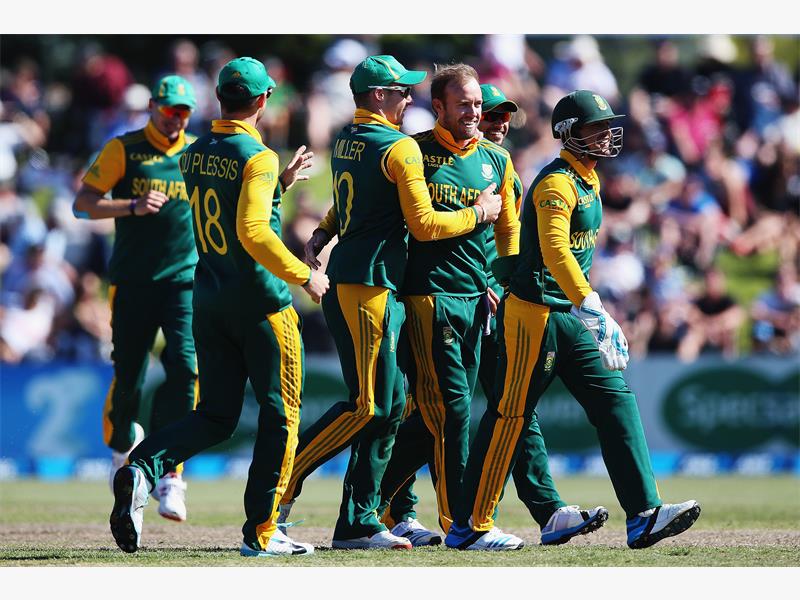 The Proteas have moved to No 1 in the world one-day international rankings after beating New Zealand 2-0 in the recent series. Picture: Gallo Images

South Africa had entered the three-match ODI series trailing Australia by one ratings point. They moved to the top of the table following their 72-run victory in the second ODI in Mount Maunganui on Friday. And though the third and final ODI of the series in Hamilton on Monday was washed-out, the results in Mount Maunganui were enough to ensure the Proteas finish the series on top of the tree.

This is the first time in five years that South Africa has surged to the top of the ODI team table. They last enjoyed the No 1 position in September 2009, before losing the status to Australia following their first round elimination from the ICC Champions Trophy in 2009.

De Villiers has retained the top spot in the player rankings for ODI batsmen but his team-mate Amla, with scores of 38 and 119, has closed the gap to 28 ratings points as preparations for the 2015 Cricket World Cup gather pace.

However, India’s Virat Kohli, who has slipped to third following Amla’s movement, will have a chance to move up the order when he takes to the field against Sri Lanka in the series, which starts on 2 November. Only two ratings points separate the second and third ranked batsmen.

New Zealand’s top-ranked batsman is Ross Taylor who has remained in 10th place in the current rankings. Skipper Brendon McCullum (26th) has dropped one place on the leaderboard, but the biggest mover is 33-year-old wicketkeeper/batsman, Luke Ronchi, who has risen 52 places to 62nd in the batting rankings after scores of 99 and 79, respectively.

On the players rankings for ODI Bowlers, South African paceman Dale Steyn has retained his third place after figures of one wicket for 28 runs and two for 35 runs, respectively.

Ryan McLaren has dropped three places to 12th position, though Morne Morkel has moved up two places to 15th after a series which saw him claim three wickets. Leg-spinner Imran Tahir’s consistent performances have seen him climb four places to a career-high 22nd place. Another significant riser is Vernon Philander who rises 15 places to 78th position.