The key man is former Proteas star David Wiese, who has been described as "absolutely devastating" with the bat. 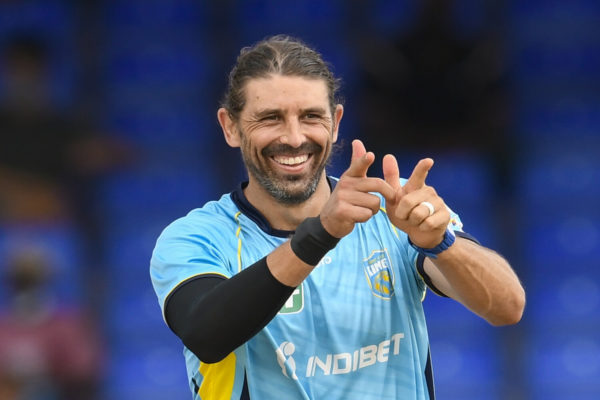 David Wiese, seen here in the colours of Saint Lucia Kings, has driven Namibia to within a win of playing in the T20 World Cup second round. Picture: Randy Brooks - CPL T20/Getty Images

Ireland are wary of the “absolutely devastating” threat posed by big-hitting David Wiese when they tackle Namibia for the final place in the T20 World Cup second round on Friday.

Both Ireland and Namibia have a win and a defeat each in Group A from where 2014 champions Sri Lanka have already qualified.

As a result, Friday’s clash in Sharjah is winner-takes-all as far as making the Super 12s is concerned.

Wiese, who played for his native South Africa at the 2016 World Cup, bludgeoned an unbeaten 66 as Namibia stayed alive at the tournament on Wednesday with a six-wicket triumph over the Netherlands.

“David Wiese played for South Africa in the T20 World Cup before and I’ve seen him in South Africa and on the county circuit,” said Ireland coach Graham Ford.

“He can be absolutely devastating, which he was.”

Ford added: “They got some dangerous players. They’ve got some very hardworking cricketers that quite a few of them have learnt quite a lot of their cricket in South Africa, as well.

“We know that they’re going to be tough. If we’re slightly off our best, we will struggle.”

Group A leaders Sri Lanka are the only side with two wins from two and they know that a win over Netherlands on Friday will see them top the table and join England, Australia, West Indies and South Africa in Group 1 of the next round.

That leaves Ireland and Namibia to face off to qualify for the Super 12s as runners-up, going into Group 2 with Scotland, Afghanistan, India, New Zealand and Pakistan.