Oosthuizen eyes Open title: ‘I will play my heart out’

Simply trying to defend a lead could scupper Oosthuizen's hopes of winning the Open on a course where conservative play might lead to dropped shots. 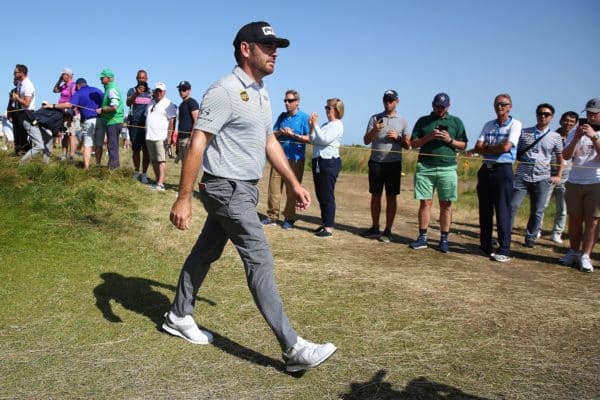 Louis Oosthuizen promised to “play his heart out” in pursuit of a second British Open title as he headed into Sunday’s final round with a one-shot lead.

The South African’s third-round 69 at Royal St George’s on Saturday left him with a slender advantage over tournament debutant Collin Morikawa.

Oosthuizen’s 2010 Open triumph at St Andrews remains his only major title, with the 38-year-old having since had six runners-up finishes in the sport’s most prestigious events.

Two of those came this year, with Oosthuizen second to Jon Rahm at last month’s US Open and joint runner-up behind Phil Mickelson at the US PGA in May.

“You know finishing second isn’t so great, so I will play my heart out tomorrow and see if I can lift the Claret Jug again,” said Oosthuizen.

But asked if he was “owed” a second major success, Oosthuizen replied: “No, it’s just golf.”

This edition of the Open sees Oosthuizen bidding to join a select group of just 12 players who have been ‘wire to wire’ winners of golf’s oldest major championship after leading at the end of every round.

Oosthuizen followed his first-round 64 with a second-round 65 as he set a new record for the lowest 36-hole total at the British Open, his 129 bettering the mark set by Nick Faldo at Muirfield in 1992 and Brandt Snedeker at Royal Lytham and St Annes in 2012.

Oosthuizen, however, struggled with his irons on Saturday before saving par with a great recovery putt on 15 and then sinking a birdie on the 16th.

“There’s lots of golf left, but it was so great with all the fans there,” said Oosthuizen.

“It felt like it was a Sunday afternoon really when I made the putt and I was taking the lead.

“I had a few loose swings before that on my iron shots and sort of needed that little boost and made a really good swing on 16.”

Oosthuizen accepted he could have been further ahead but stressed how tough pin positions had made several holes difficult to attack.

But Oosthuizen said simply trying to defend a lead could scupper his hopes of winning the Open on a course where conservative play might lead to dropped shots.

“You’re not going to do something silly with taking the impossible shot on, but if there is opportunity to be more aggressive when you need to, you’ve got to do it if you want a win a championship,” he insisted.

“Having a lead with two, three holes around this golf course, if you hit a poor tee shot, you’re in trouble.

“A lead is not like you can just hang tight and just hit a few shots coming in.

“You need to still play proper golf and place the ball really well to avoid bogeys.” 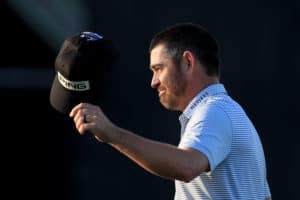 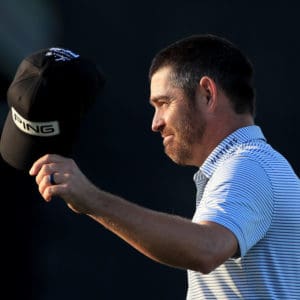