WATCH: Golfer hits hole-in-one, but misses out on prize at Joburg Open

The advertising board says a car is up for grabs for the first hole-in-one, but it seems the prize is only valid over the weekend. 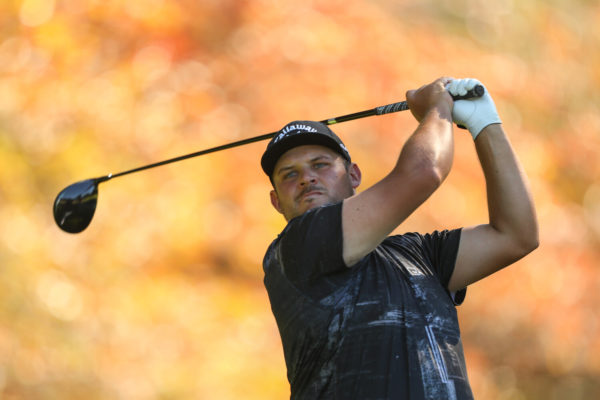 JC Ritchie thought he'd won a Jaguar for a hole-in-one at the Joburg Open on Thursday. Picture: Carl Fourie/Gallo Images

Did he or didn’t he win a Jaguar F-Type?

That was the question doing the rounds at Randpark Golf Club – and around the world – on Thursday afternoon following a hole-in-one by South African golfer JC Ritchie on the 17th hole at the 2021 Joburg Open.

Ritchie aced the 222-yard hole in his opening round, using a 7-iron, with a massive billboard behind him on the tee box proclaiming that the “First hole-in-one wins a Jaguar F-Type”.

After Ritchie’s tee shot, the ball lands on the green, bounces three times and rolls into the hole.

“He’s just won the car,” says one of the commentators.

“JC Ritchie wins the Jaguar,” says the other commentator.

Ritchie celebrates the feat on the tee box with his caddie and fellow playing partners, but it would seem the prize was only up for a hole-in-one over the third and fourth rounds, on Saturday and Sunday.

Fans on twitter were quick to point out Ritchie would not be driving away in the luxury sports car, priced between R1.3-million and R2.5-million, depending on the model up for grabs.

“Noah” said: “Only get it if you hole in one on Saturday or Sunday. Bad idea imo.”

“Daniel Steyn” replied, “That’s crazy” while “GolfMagic.com” said: “Why advertise the car if it’s not available until the weekend, bit strange?”

On the advertisement for the hole-in-one prize there is no mention of the Jaguar only being available over the weekend.

“DeclanD71” said on twitter: “…that’s not on the advertising banner beneath the car. False advertising by the sponsor/DP World Tour.”

According to a spokesperson at the Joburg Open, the details about the hole-in-one prize are clearly stated on the tournament’s player’s app, and that the prize is only available in rounds three and four.