Legal disputes over rights and shareholdings between racing operators could see KZN racing left out in the cold in terms of live coverage on DStv from March 2022. 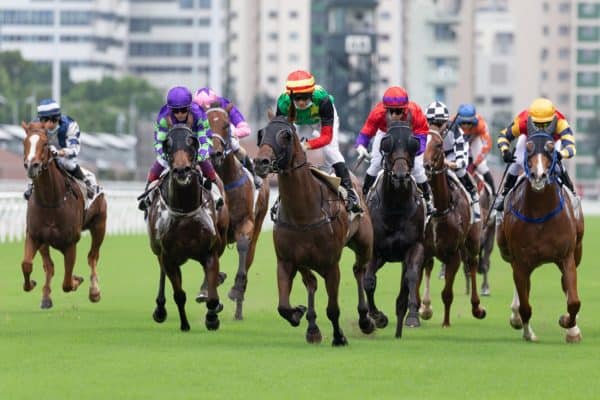 Punters will keep a watchful eye on Mike de Kock's Sybaris, a royally bred filly from Ireland who has been eased back into form after a debut win and a subsequent six-month break. Picture: Getty Images

Horse racing in South Africa is in a state of turmoil with news that the game’s television broadcasting deals have been upended.

Legal disputes over rights and shareholdings between racing operators could see KwaZulu-Natal racing left out in the cold in terms of live coverage on DStv from March 2022.

The long-running Tellytrack service on DStv’s channel 249 is due to cease operating at the end of February, when current contracts run out.

New racing operator 4Racing – which effectively replaced collapsed Phumelela – stunned the racing world on Tuesday by announcing it had struck a deal with DStv for a new 24-hour service, Racing 240, to be broadcast on channel 240.

Racing 240 would be launched on Wednesday 19 January, it said.

The main shock was that no agreement has been reached with fellow operator Gold Circle over carrying live images of racing from KwaZulu-Natal’s Greyville and Scottsville racecourses.

A 4Racing press release said simply: “Discussions are ongoing with regards to including KwaZulu-Natal’s racing.”

The live television picture is considered critical to racing’s survival, particularly with the current government ban on racegoers at tracks.

A dispute arose between Gold Circle and the Phumelela business rescue practitioner John Evans over the former’s shares in Phumelela Gold, the joint company that owned Tellytrack. This has still not been fully resolved.

Gold Circle said in 2021 that initial discussions on a new television entity had not been successful and emphasised that it was not prepared to relinquish rights to its racing picture to a wholly owned separate entity.

A source in 4Racing confirmed rights and ownership were, indeed, the subjects of the ongoing discussions mentioned in its press release.

These will be accessed via the 4Racing TV website and will carry programming from live TV as well as tipping shows, interviews and discussions – also for 24 hours and incorporating international racing.

“The first major feature race to be broadcast on Racing 240 will be the build-up and live coverage of the Cape Town Met on Saturday 29 January 2022 at the Kenilworth Racecourse, one of the biggest and most glamorous days on the South African horseracing and social calendar.

“The 24-hour horse racing channel, operating under the auspices of 4RacingTV, will initially be available to all DStv Premium, Compact, Compact +, Family and Access subscribers.”

It continued: “Racing 240 will feature live horseracing from 4Racing venues in the Highveld (Turffontein and the Vaal), Nelson Mandela Bay (Fairview) and Cape Racing (Kenilworth and Durbanville), as well as a host of top international races as its main content offering.

“The new channel will go live on DStv Channel 240 at 17h30 tomorrow and will then cross live at 18h00 to Kenilworth Racecourse for the barrier draw for the Cape Town Met 2022, presented by World Sports Betting.”