South Africa's lightweight fours rowing team are still ambitious as a competitive unit, but their focus is steadily shifting towards developing the sport. 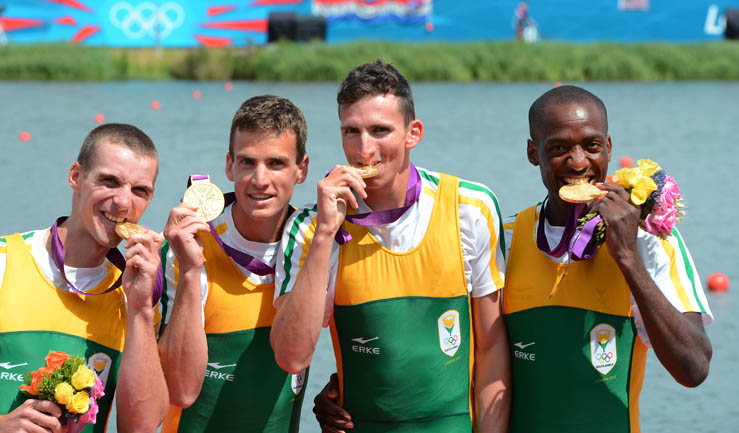 After grabbing a surprise gold medal at last year’s London Olympics, the squad took a knock this season due to Matthew Brittain’s long-term back injury, and James Thompson, above, said yesterday they needed to ensure the national squad remains competitive when the quartet inevitably calls it quits.

“We have a lot of depth now and we’ve got a big squad,” Thompson said at the launch of Game On, an online sports magazine

“Our focus until January, when we start gearing up for the season, will be on giving some of the younger guys a chance to row with us because once we’re gone we want them to keep going.”

With financial support from the SA Sports Confederation and Olympic Committee and structures put in place by Rowing SA, Thompson said the national squad was able to spend plenty of time working together.

“It’s great to have the opportunities and resources that are available at the High Performance Centre (in Pretoria) – a physio, a team doctor and coaches.

“We’re all sharing knowledge, and it can only make us stronger.”