A bridge too far for the Bulls at Loftus

The South African 2013 domestic rugby season will be remembered mainly for two reasons – the amazing return of fortunes for the Sharks faithful in the Currie Cup, and the Bulls carrying the SA flag in Super Rugby. 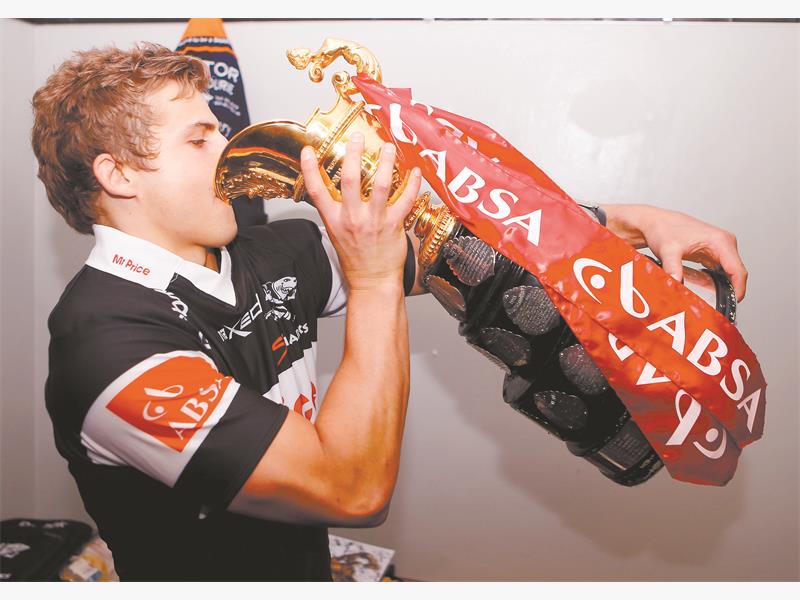 THEIR CUP RUNNETH OVER. Pat Lambie and the rest of the Sharks team outplayed a very good Western Province outfit in the Currie Cup final at Newlands. Picture: Gallo Images.

The men in blue maintained an unbeaten Super Rugby run on SA soil before coming unstuck in their final fixture against the Stormers at Newlands, which eventually cost them a top-of-the-table position and a possible first home final since 2010.

Bulls captain Dewald Potgieter was blamed for forfeiting a few goalable penalties in losing to the Brumbies at home in the dying seconds of their semifinal.

The Cheetahs qualified for their first play-off game, putting the Sharks and the Stormers to shame, but lost narrowly in Canberra.

The Kings performed better than expected but lost their status to the Lions in the promotion-relegation matches despite winning the second leg at Ellis Park.

In the final, the Chiefs completed a double by coming from behind against a ferocious Brumbies onslaught spearheaded by coach Jake White. However, his side ultimately ran out of gas.

In the Currie Cup, the Sharks started poorly by losing their opening game against Griquas, as well as both regular fixtures against Western Province, but the appointment of Brendan Venter as Director of Coaching and John Smit as CEO soon had them heading in the right direction.

The Bulls failed to qualify for the play-offs after losing a string of players to the overseas market and were well beaten by the Cheetahs in their final game before the semifinals.

The Sharks regained the Currie Cup at Newlands with a commanding display against a Province side who had gone through the competition unbeaten, but were overwhelmed in the final.

The Lions won the Vodacom Cup against the Pumas in Nelspruit, with the Lions boosted by the return of their top players, while the Pumas won the First Division unbeaten and also regained their Premier Division status by beating Griquas.

In the Under-21 division, Province beat the Blue Bulls, while the Bulls won the Under-19 title by beating the Lions.