Goosen back in action

There will be no razzle- dazzle from Springbok fullback Willie le Roux, but today marks the comeback of the prodigal Johan Goosen. 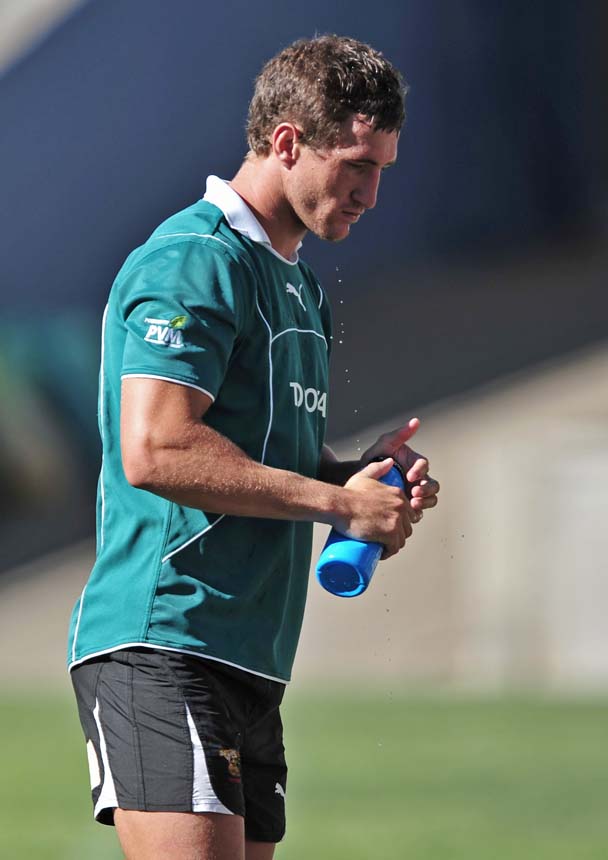 This is what awaits the Southern Kings this afternoon in Port Elizabeth as Cheetahs coach Naka Drotske named his strongest line-up for today’s pre-season challenge match.

Goosen was rested for earlier trial matches at Shimla Park against the Kovsies and Griquas and also Tuesday’s action against NMMU’s Madibaz, but now he is ready to announce his return to action.

But Cheetahs backline coach Hawies Fourie said the Springbok flyhalf, who has been hard-hit by shoulder and knee injuries over the past two seasons, will only play for the first 40 minutes before being replaced by Elgar Watts.

Le Roux has some injury concerns after falling awkwardly on his shoulder against the Shimlas, but Fourie said it was precautionary that he will miss the match today as well as next weekend against the Pumas in Parys.

The combination Drotske selected at loose trio is significant, with former Blue Bull Jean Cook getting the nod ahead of Boom Prinsloo, who captained the Cheetahs to the semifinals in last year’s Currie Cup.

The Kings have been assisted this week by former Sharks director of coaching Brendan Venter, while former Bok prop Robbie Kempson has helped out as caretaker coach, and they also have the expertise of former Lions backline coach Carlos Spencer.

The Kings will be captained from the flank by veteran former Cheetahs lock Darron Nell, while flank Rynier Bernardo and flyhalf Shane Gates who both recently had trials at the Cheetahs but were then cut from the squad, are back in the side.

They could still bank on the experience of old hands like vice-captain, centre Ronnie Cooke, lock Steven Sykes and right-wing Michael Killian, but the departure of several of their top players following the team’s exit from Super Rugby remains a telling blow.

Former Western Province and Lions lock 24-year-old Stephan Greeff, loaned from the Leopards, finds himself on the Kings bench.

Nienaber: 'French camp will help get SA-based Boks up to speed'
13 hours ago
13 hours ago

Nienaber: 'French camp will help get SA-based Boks up to speed'
13 hours ago
13 hours ago