The delight of Victor Matfield's return turned sombre in Polokwane on Saturday for the Bulls with another likely knee injury blow to Springbok flanker Arno Botha. 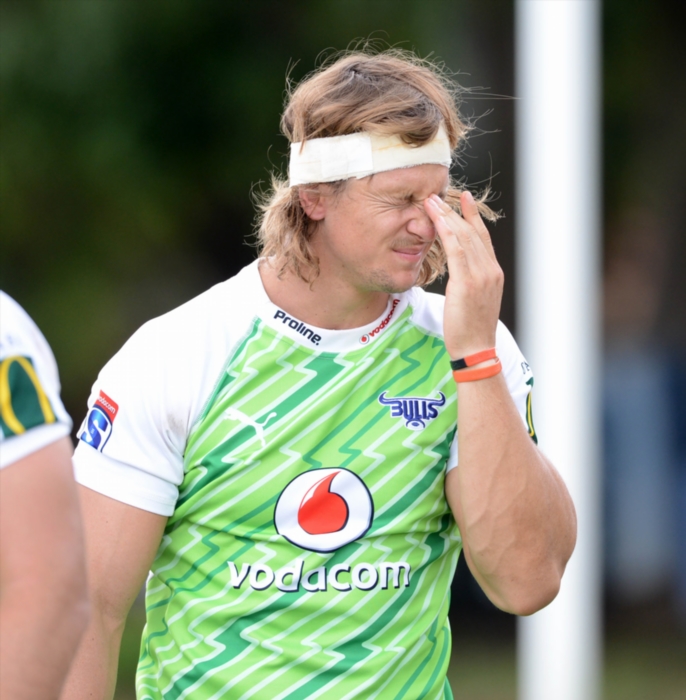 Botha left the field soon after he scored the Bulls’ third try which ensured a lead of 19-12, before a late surge by the Stormers saw them winning this pulsating Super Rugby warm-up match 26-19.

Botha suffered a similar injury last year in only minutes into his second Test for the Springboks against Scotland in Nelspruit, which kept him out of the game for six months.

Matfield eventually completed his high-profile return when he replaced lock Grant Hatting in the 49th minute and didn’t look like a player who had been out of the game for more than two years.

With a lead of 12-5 at the break the Bulls appeared to have to edge going into the last quarter, but the tide turned after Botha’s injury and the yellow card that Bulls scrumhalf Francois Hougaard was shown.

Stormers flyhalf Demetri Catrakilis scored the visitors’ third try as soon as Hougaard left proceedings to tie matters at 19-19, before wing Scott van Breda scored the match-winning try for the Stormers on the stroke of fulltime.

The Stormers scored first through flank Siya Kolisi from a maul to take the early lead 5-0, but the Bulls hit back with tries by prop Dean Greyling and replacement flanker Jono Ross.

Kolisi’s second try from a maul after the break saw the scores being tied at 12-12 and kept them in the running, while the returns of big-name players like Matfield and Schalk Burger gave the game a lot of emphasis.

Worrying for the Bulls is that they also lost the curtain-raiser 26-24 to the Lions in their Vodacom Cup clash.