While the Lions are not overawed at facing the Crusaders, they know full well what they are up against. 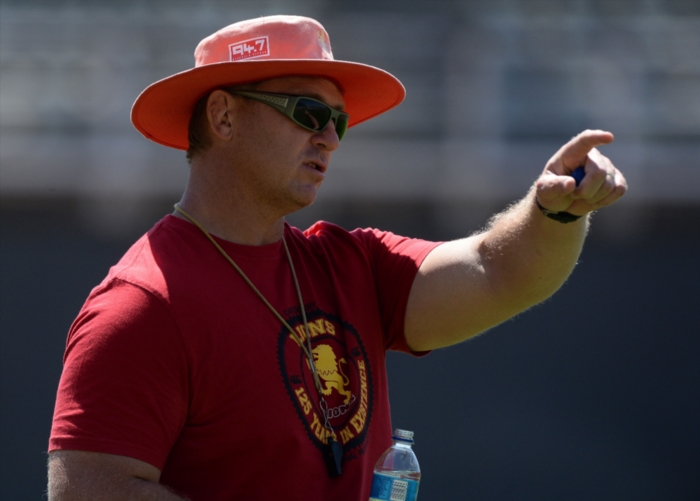 The Lions don’t copy other teams – they have their own unique style.

This according to Lions coach Johan Ackermann, who said though the Hurricanes scored an emphatic win of 35-10 last weekend against the Crusaders – the Lions quarterfinal opponent at Ellis Park on Saturday – they can’t use the Canes’ win as a blueprint for a possible victory.

“Defensively, the Hurricanes were good, but we have our own style and the way we want to play,” said Ackermann.

“We didn’t go and copy a team, just the way we are going to fix things the Crusaders will do the same thing, so we must enforce our plan on to them and not the other way round, and try to copy other teams,” said the Lions coach.

Ackermann also said the big altitude factor would not play a part in their planning even though history states that the Crusaders have never won a playoff match at altitude.

“We don’t look at the stats, not even comparing stats of this year,” said Ackermann.

“So the main focus for us is the way we have played the whole season. We have to lift that standard,” he said.

“We have to have a good set-piece. You must have quality attack and sound defence, and let the rest look after it itself,” he said.

While the Lions are not overawed at facing the Crusaders side, they know full well what they are up against.

“The reality is that they are a good side, and we obviously must believe in ourselves as well, so we are not going to change our style. If it means it’s going to be a high-tempo game then that’s great,” he said.

“But I think we are playing a side who also enjoys a high-tempo game, as all New Zealand sides do, we have prepared a certain way and worked on a specific gameplan.

“And now they must execute it, but we have also learnt to adapt during a game, but I believe all the playoffs will be of high quality and quick games.”