The Highlanders had a nightmare travel schedule over the past five weeks that could catch up with them. 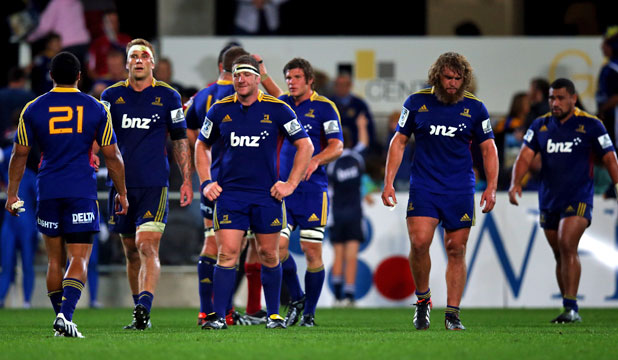 Ahead of hosting the Highlanders in the Super Rugby semi-final at Ellis Park on Saturday, Lions defensive coach JP Ferreira didn’t want to make too much of the big altitude factor that visiting teams always struggle with on the Highveld.

The Highlanders however had a nightmare travel schedule over the past five weeks that could catch up with them sometime, even though the New Zealanders have always found a way to counter the travel factor.

Since round 14 they had to play away against the Hurricanes, the Kings, the Jaguares and then hosting the Chiefs, before flying again for their quarter-final in Canberra against the Brumbies and the following day to South Africa for the semi-finals.

“I can’t say all the travel will catch up to the Highlanders, but that it will play a role on the weariness of the body is a fact,” said Ferreira.

“If you look at the Crusaders’ build-up to the quarter-finals, in round 12 they had the Highlanders, then the Waratahs, then the Blues and then the Chiefs, followed by the Rebels and Hurricanes,” said Ferreira.

“So they didn’t have a break apart from the June break when they had a lot of guys with the All Blacks, so at least we were in a position to rest our guys,” he said.

“Yes, the guys said it might cost us money, but a year ago in the Currie Cup when we rested guys it almost cost us the semi-final against the Cheetahs, but I felt the Blues game which was the one after the break and the past one we were really spot-on with our planning,” he said.

Ferreira said however the Highlanders know what it takes to win away in a playoff game like they proved in last year’s final when they surprised the Hurricanes.

“The Highlanders have been there last season and they are defending champions, they know what it takes to lift the trophy and we haven’t been there yet,” admitted Ferreira.

“So it is a challenge for us, but it’s game where we have to pitch up and a game we want to win, we don’t add extra pressure because it’s a semi-final.”

Ferreira enjoyed somewhat of a rollercoaster ride in the past nine years, having worked with six former Lions coaches in Eugene Eloff, Hans Coetzee, Jake White (consultant role), Dick Muir, John Mitchell and now Johan Ackermann, where he was initially a technical analyst.

“I had to do apply for work, not in 2007, but when John Mitchell resigned, in 2012, and what I did write in my proposal is to deliver Boks and that is satisfying for me to see we now do have those Boks,” he said.

“And it’s a great and humble feeling to work with these guys and for me it’s a combination on the road to success and it’s paying off.

“I remember in 2007 when Loffie (Eloff) phoned me to tell me he was fired which left me nowhere, because my contract was linked with his, but the ex CEO Manie Reyneke told me I’m keeping my job, and then it was Hans Coetzee, Dick Muir, Jake White in that 2009 Currie Cup and Mitch, and I’m just privileged to be still here,” he said.