Powell positive as team gear up for Rugby Sevens

South Africa will play in pool B of the tournament where they will face Spain and France on Tuesday and Australia on Wednesday.

The Springbok Sevens team are competing in Brazil as part of TEAM South Africa, and according to the coach, the squad is looking forward to their first match on Tuesday against Spain in pool B of the competition at the Deodoro Stadium in Rio.

“It is an exciting time for the Rugby Sevens team here in Rio. We have been here for a week or so and are ready and keen to get under way,” Powell said.

“As expected, there were some upsets in the women’s event, and we have no doubt that it will be the same in the men’s tournament, so we need to make sure that we are well-prepared come Tuesday, and that we are switched on for our first match against Spain. We have only one focus at this stage and that is our opening match. We are not looking at anything else outside of those 14 minutes.

“Once that match is done, we will focus on France and our match later in the evening. There is a good spirit amongst the players and we are confident that we can deliver the goods, provided we stick to our structures and processes.”

South Africa will play in pool B of the tournament where they will face Spain and France on Tuesday and Australia on Wednesday. The first of the quarterfinals will be played later on Wednesday, with Thursday hosting the various play-offs for the final.

Watch video of Springbok Sevens flyhalf Cecil Afrika discussing the mood in the camp a day before kick-off. 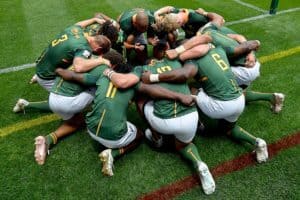 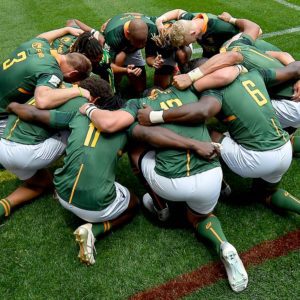 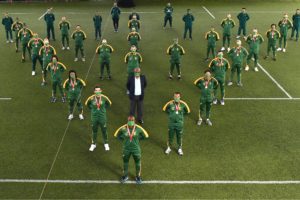 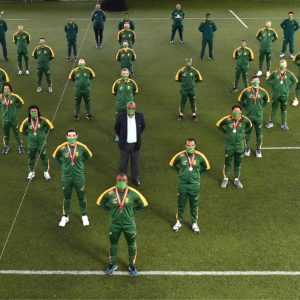