Lions get an overhaul

A whopping 11 changes and one positional swap were made. 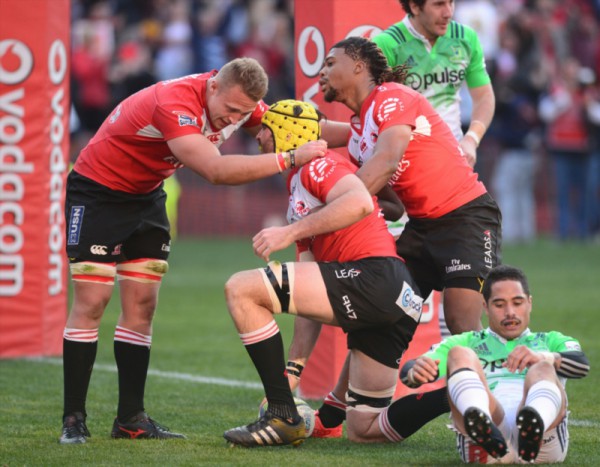 Ruan Ackermann, Lourens Erasmus and Howard Mnisi of the Lions celebrate during the Super Rugby match between Emirates Lions and Highlanders at Emirates Airline Park on July 30, 2016 in Johannesburg. (Photo by Lee Warren/Gallo Images)

Lions coach Johan Ackermann on Wednesday wielded the axe in naming his team for their Currie Cup clash against Boland in Ellis Park on Friday night.

After suffering a surprise 30-24 loss to Griquas last weekend in Kimberley, a whopping 11 changes and one positional swap were made.

The only players in the starting lineup who have been retained are centre Howard Mnisi who takes over the captaincy from scrumhalf Ross Cronje, flank Steph de Wit, wing Anthony Volmink and Ruan Ackermann, who has been moved from No. 8 to lock.

The only change that came through injury is at fullback, where Sylvian Mahuza is ruled out with a leg injury and is replaced by Andries Coetzee.

The game at Ellis Park on Friday night kicks off at 7.10pm.