Western Province secured their first Currie Cup win of the season on Saturday in Port Elizabeth. 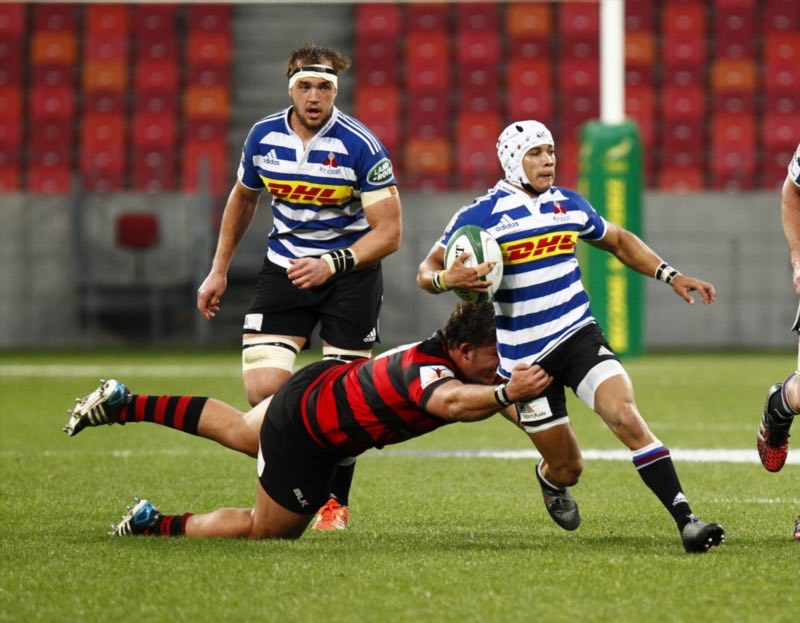 They beat the Eastern Province Kings 36-6, scoring six tries to none, with the highlight being centre Huw Jones scoring a hat-trick.

The Eastern Province Kings battled to stay in the game against a determined and hungry Western Province at Nelson Mandela Bay stadium on Saturday afternoon.

While the Kings opened the scoreboard in the third minute, ill-discipline and poor defence cost the home team and saw the visitors win by a comfortable 30-point margin.

The EP Kings took an early lead with Kobus Marais comfortably converting a penalty in the third minute.

Western Province winger Leolin Zas beat the Kings defenders in the 12th minute and ran in a 40m try, converted by Brandon Thompson, putting WP in the lead, 7 points to 3.

Huw Jones broke through the defence just a minute later, but a referral to the TMO saw the decision reversed as winger Zas stepped out before passing to Jones.

Five minutes later and it was an almost exact replay, except this time Zas stayed in the field of play and Jones dotted the ball over the whitewash. Thompson missed the conversion and Western Province led 12 points to 3.

Shortly after, EP’s eighth man, Christaan de Bruin, was sent to the sin bin for 10 minutes with a yellow card for a dangerous tackle.

WP didn’t wait long to take advantage of their superior numbers on the field and winger Werner Kok blasted through the Kings defence to dot down between the posts. A TMO referral, however, saw the hand-off to Kok ruled forward, and the try was not awarded.

In the 32nd minute the Kings dominated a scrum and won the penalty, with Marais converting from roughly 40m out to take the home side to 6.

Two minutes before half-time and the Kings were once again down to 14 men as Etienne Oosthuizen got yellow-carded.

Western Province put in a solid scrum on the Kings’ 5m line, dominating the Kings and driving over the whitewash, with Sikhumbuzo Notshe adding the 5 points for the visitors as the half-time whistle sounded. Western Province went into the break leading 17 points to 6.

The second half got off to a slow start, but it was Western Province’s Jano Vermaak adding the first points on the board with his try for the visitors in the 58th minute. Thompson converted, taking Western Province to 24 against EP Kings’ 6.

Jones once again shone through in the 72nd minute, after breaking through the Kings defensive line and running in from centre field for his second try. Thompson missed the conversion, taking Western Province to 29.

Not to let an opportunity pass, Jones ran in his hat-trick try of the evening just three minutes later, dotting it neatly between the posts, with Thompson converting and taking the visitors to a comfortable 30-point lead.

The final hooter sounded to see the Western Province take the game, 36 to EP Kings 6.