In a replay of last year's final, the Lions again took the spoils by utterly destroying Province. 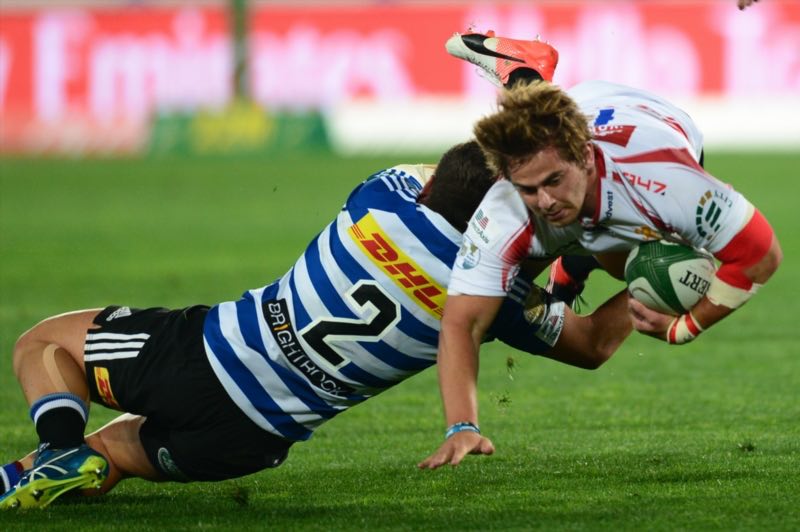 The scoreline doesn’t do justice to how the Lions completely destroyed Province by playing the game at an extremely high pace and, if they didn’t take their foot off the pedal in the second half, it could have turned very ugly for Province.

While the Lions are not out of the woods yet as far as the playoff qualification is concerned, they showed they shouldn’t be discarded.

To WP’s credit they did score three tries of their own in the second half, with one by replacement scrumhalf Dewaldt Duvenhage and a brace by reserve flank Jacques Vermeulen, who replaced a concussed Rynhardt Elstadt to go with their first in the opening half by wing Leolin Zas to at least secure them a bonuspoint.

But the Lions were simply awesome in that first half, playing the game at an incredible pace and the longer they put on the gas the more Province’s defence simply disintegrated.

It would be very difficult not to single out Lions centre Jacques Nel, who, apart from scoring the Lions’ first try inside the opening minute, also played a crucial role in the third try by fullback Andries Coetzee.

The Lions’ second try was scored by hooker Robbie Coetzee, while the very tall 2.09m lock JP du Preez also scored and the evidence of exactly how ruthless the Lions were was when Bok hopeful Rohan Janse van Rensburg scored the fifth try on the stroke of half-time to send the home team into a match-winning 37-13 lead at the break.

Once wing Anthony Volmink and flank Kwagga Smith (his first of a brace) scored the sixth and seventh tries respectively in the 15 minutes after the break for a lead of 51-13, the pace of the game drastically was cut down, which had something to do with the Lions’ massive lead and the fact that the entire Lions bench was given some time on the park.

In the final 24 minutes the Lions added only one more try by Smith, which saw the Lions scoring just seven more points, while Province scored 19 points taking full advantage of the Lions having stopped playing and waiting the game out.

But by then the job was done.