Boks thumped by All Blacks

Despite a brave first-half performance, the Boks could only score 3 points in the second half for the hosts to run away with it 41-13. 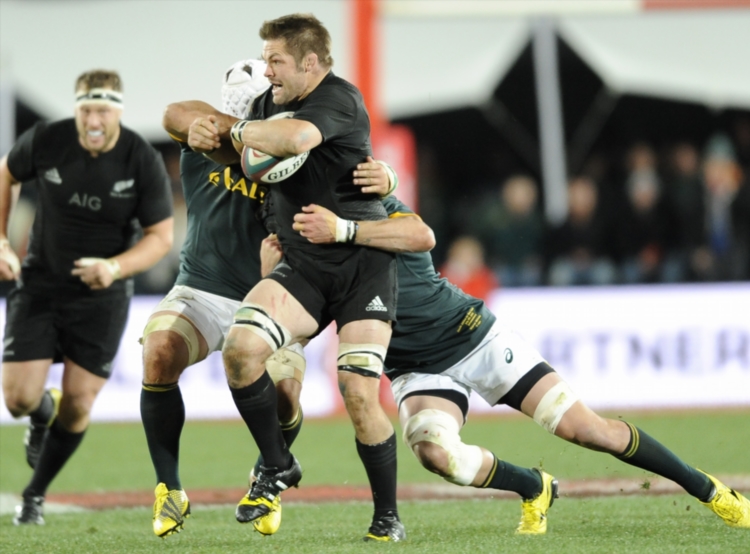 The Citizen reporter Rudolph Jacobs gave live updates from the match in the Twitter widget below.

The Springboks arrived with high hopes but eventually were soundly outplayed 41-13 by the All Blacks in their Rugby Championship Test in Christchurch on Saturday morning.

After a passionate first half by the Boks where the All Blacks lead by just15-10, their defence simply fell away in the second half as the home team turned up the heat and scored 26 second half points to the Boks’ paltry three.

It was the Boks biggest defeat to the All Blacks since 2011 when they lost 40-7 in Wellington.

In the end the All Blacks scored six tries to the Boks’ one, while the homeside secured their 15th straight win while the Boks have suffered their fourth defeat in seven Tests this year.

While scrumhalf Faf de Klerk didn’t enjoy his best Test on defence, the whole team fell apart on defence in the second half, while they lost captain Adriaan Strauss in the 43rd minute to be replaced by Malcolm Marx who – despite one storming run – enjoyed a nightmare debut with his skew lineout throws.

The biggest highlight for the Boks were probably their only try scored by wing Bryan Habana which was scored in the 18th minute for a lead of 7-3 after flyhalf Elton Jantjies made the conversion.

The lead was however short-lived as wing Israel Dagg scored the first try for the hometeam in the 21st minute after they simply created the space out wide after a scrum; Barrett failed to convert after his ninth minute penalty but the All Blacks were back in the lead at 8-7.

Just six minutes later the All Blacks went further ahead at 15-7 through their second try by wing Julian Savea, but after the Boks tried to run from their 22 they spilled the ball, possession was turned over and scrumhalf Aaron Smith took advantage of unsure Bok defence to send the wing over.

Jantjies ensured the Boks were still in it by converting a 35th minute penalty after the homeside went off-side to trail by just five but it all went pear-shaped in the second half.

Second half tries by fullback Ben Smith in the 49th minute, by flank Ardie Savea in the 56th minute, by lock Sam Whitelock in the 64th minute and by replacement No 9 TJ Perenara in the 71st minute summed up the All Blacks dominance.

The last points scored in the game by the Boks arrived in the 53rd minute when Jantjies kicked a penalty to trail by 22-13, the All Blacks then simply scored 19 unanswered points through a balance of their own brilliance and some poor Bok defence.

The Boks return home on Sunday to start preparing for their home Tests against Australia on October 1 at Loftus and the return Test with the All Blacks in Durban on October 8.