The Cell C Sharks, DHL Western Province, Xerox Golden Lions and Griquas will enter their Currie Cup matches with one objective in mind. 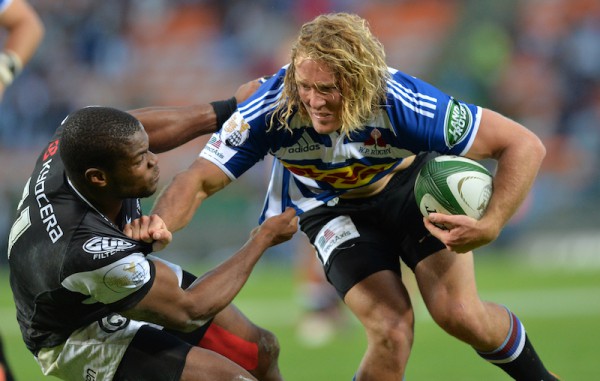 A gripping weekend awaits rugby fans in the Currie Cup as four former champions will be fighting for survival in the Premier Division as the pool rounds come to a close, while the top First Division teams will go head-to-head in their semifinals.

The Cell C Sharks, DHL Western Province, Xerox Golden Lions and Griquas will enter their Currie Cup matches – in partnership with Nashua and DirectAxis – with one objective in mind: to win at all costs and, in some cases, with a bonus point to give themselves the best possible chance to secure one of the two remaining semifinal berths.

The Xerox Golden Lions and Cell C Sharks will meet first in the Premier Division match of the weekend on Friday afternoon at Emirates Airline Park in what can be billed as the main clash of the weekend. A victory for the Durbanites will guarantee them a spot in the top four, while a bonus-point win could earn them a home semi-final. A defeat without a bonus point, however, could see them drop out of the competition.

Later on Friday evening, DHL Western Province will host Boland at DHL Newlands, and to the home team’s delight they will know exactly what they need to do to secure a semifinal berth by the time they take to the field.

Griquas, who are currently in sixth place on the standings with a slight mathematical chance of securing a semifinal berth, meanwhile will meet log leaders Toyota Free State Cheetahs in Bloemfontein in the final match on Saturday, and similarly to DHL Western Province, they will know if they still have a chance to sneak into the semifinals by the time their match kicks off.

In the Currie Cup First Division semifinals on Friday, meanwhile, the Leopards host the Valke in Potchefstroom in their third successive home semifinal, and Border take on the Down Touch Griffons in East London.

The Xerox Golden Lions and Cell C Sharks will enter their match in Johannesburg with the mindset that a victory is nonnegotiable. A victory for the hosts and defending champions could earn them their sixth semifinal in a row and allow them to maintain their unbeaten run at home this season.

But they will face a determined KwaZulu-Natal outfit, who can still secure a home semi-final if they win with a bonus point, but they could also drop out of the competition if they suffer a defeat without a bonus point or two.

The Johannesburg side defeated the Cell C Sharks 53-16 in the Currie Cup Qualifiers and they have won three of their last four matches at home against the Durbanites – two of these victories, however, were by eight points or less. Interestingly, both teams come off convincing victories against the EP Kings, but the home team will have the luxury of momentum after playing last weekend, while the Cell C Sharks had a bye.

The EP Kings and Steval Pumas will be both be determined to end their season with a victory in Port Elizabeth after suffering defeats in all their matches so far. In the nine Currie Cup Premier Division matches between the sides since 1996, the EP Kings have won two games – one in 2014 and the other in 1998. Both of these victories were in Port Elizabeth, with the last win being by a single point.

The Steval Pumas will enter the match with superior statistics to the EP Kings on attack and defence, while they will draw confidence from the fact that they have secured two bonus points for suffering defeats by seven points or less and three for scoring four tries or more, while the hosts only earned a bonus point for tries.

In Cape Town, Western Cape neighbours DHL Western Province and Boland will meet at DHL Newlands in a vital match for hosts, who have to win the match to secure a semi-final berth, and possibly with a bonus point depending on the outcome of the Johannesburg match.

Given the intense rivalry between the teams, the home side is expected to face tough competition as Boland will be playing for pride in their final match of the season. Boland have defeated DHL Western Province three times in the Currie Cup since 1998 – the last time being in Wellington in 2007. However, their last victory at Newlands was in 1998.

The clash between the Toyota Free State Cheetahs and Griquas could serve as a thrilling finish to the pool stages of the competition depending on the outcome of Friday’s matches. While the hosts will look to register their eighth successive victory and maintain their unbeaten run, Griquas may still have hope of sneaking into the semi-final – although this will require DHL Western Province and the Xerox Golden Lions to suffer defeats.

History favours the Toyota Free State Cheetahs, who last suffered a defeat against Griquas in the competition in 2011. But Griquas will draw confidence from the fact that they defeated the hosts 44-31 in Kimberley in the Currie Cup Qualifier. Regardless of the outcome, the home team will host a home semi-final next week as they have already secured the top spot on the log table.

The visitors, in particular, are expected to draw confidence from their 2014 semi-final win and the fact that they only went down by two points against the Leopards at the same venue in the Currie Cup Qualifiers (26-24) earlier this season, while the Leopards will be wary of writing them off. Should the Leopards win the match, they will secure a home final.

In East London, Border will be hunting their fifth straight victory this season, while also trying to keep their unbeaten run at home intact when they take on the Down Touch Griffons at the BCM Stadium in East London. The match will be particularly significant for Border as it marks their first Currie Cup First Division semi-final since 2004. Border defeated the Welkom side 41-24 in the pool stages in a repeat of this match.

Interestingly, this victory marked Border’s second win against the Down Touch Griffons in 10 matches dating back to the 2012 season. The teams have been closely matched on attack this season with only two tries separating them on the scorer’s list, but Border’s defence has been more effective with the hosts conceding eight tries fewer.

Note: All the fixtures for the Currie Cup are available online, simply follow these links – Premier Division / First Division. Please note that these fixtures are subject to change.