The All Blacks will start Saturday’s match with 16 consecutive wins behind them. 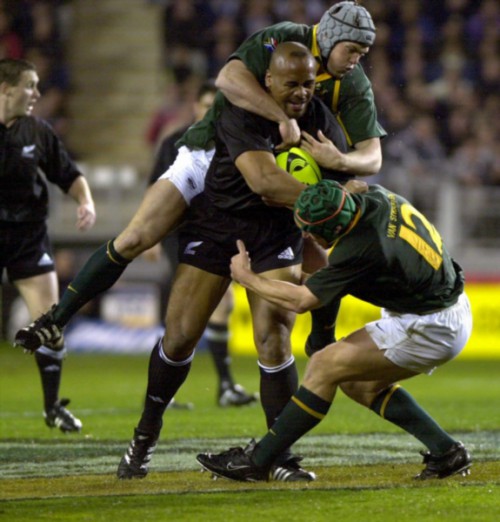 South Africa and New Zealand square off for the 93rd time since their first Test match in 1921. South Africa won 35, lost 54, and three matches were drawn for a win percentage of 38%.

The inaugural Tri-Nations Test between New Zealand and South Africa was played in Christchurch on 20 July, 1996. To date 44 matches in the Tri-Nations and currently Castle Lager Rugby Championship were played between the two countries, of which South Africa have won 12 and lost 32.

New Zealand repeated this feat and won 17 consecutive Test matches during 2013/14, this time being stopped by Australia, who drew their first Castle Lager Rugby Championship match of 2014 in Sydney 12-12.

On August 1, 2009, Morné Steyn established a new world record by scoring all 31 points against the All Blacks in Durban with a try, conversion and eight penalty goals.

The All Blacks will start Saturday’s match with 16 consecutive wins behind them.

The match officials for this match are: Referee – Jérôme Garcès (France); Assistant referees – John Lacey and George Clancy (both Ireland) with the TMO Jim Yuille (Scotland).

It will be Garcès’ ninth appearance as referee in Test matches involving South Africa. The Springboks won three and lost five of the previous eight Tests.

The most points scored in a Test match by a Springbok at this stadium are 31. Morné Steyn scored all the points – a try, a conversion and 8 penalty goals against New Zealand in August, 2009. South Africa won that Test 31-19.

The complete Championship record at Growthpoint Kings Park against New Zealand is: Played 4, Won 2, Lost 2, Points for 99, Points against 98, Tries for 9, Tries against 9. The average score is 25-25.

Bryan Habana is the top try scorer (8) for South Africa against New Zealand while Morné Steyn is the top points scorer with one try, 10 conversions, 31 penalty goals and two drop goals for a total of 124 career points in 12 appearances against the All Blacks.

Milestones and records:
Bryan Habana is the Springbok record holder for most career tries (8) against New Zealand.

Damian de Allende will play in his 20th Test match.

Eben Etzebeth will play in his 30th consecutive Test match, which places him in third place for most consecutive Tests matches in a Springbok career behind Gary Teichmann (39) and John Smit (46).

Morné Steyn made his Test debut against the British & Irish Lions at this stadium on 20 June, 2009. His second Test match at this stadium was against the All Blacks on 1 August, 2009. During this match he established a new world record by scoring all 31 points with a try, a conversion and 8 penalty goals. The final score was 31-19.