Peyer took charge of his first Currie Cup Final in 2012 between DHL Western Province and the Cell C Sharks. 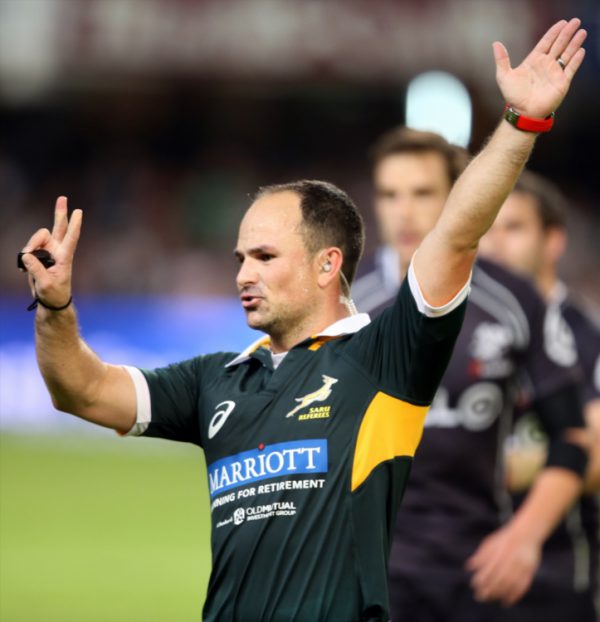 Jaco Peyper will officiate his second Currie Cup Final on Saturday when the Toyota Free State Cheetahs host the Vodacom Blue Bulls in Bloemfontein, which kicks off at 4pm.

AJ Jacobs, meanwhile, will take charge of the SA Rugby Under-21 Championship Final (1pm) and Vusi Msibi the Under-19 Final (11pm), which will both be contested between Western Province and the Golden Lions. These matches will be played as curtain-raisers to the Currie Cup Final at the Toyota Stadium, and all three encounters will be broadcast live on Supersport.

Peyer, who last week was named as one of three South African referees on the World Rugby panel for the November tests, will be supported by assistant referees Jaco van Heerden and Cwengile Jadezweni and Television Match Official (TMO) Marius Jonker.

Peyer took charge of his first Currie Cup Final in 2012 between DHL Western Province and the Cell C Sharks, which the Capetonians won 25-18.

Lourens van der Merwe and Paul Mente will double up as the assistant referees for the U19 and U21 Finals, with Johan Greeff named as the TMO.