The appointments were confirmed during the SA Rugby Coaches’ Indaba in Cape Town on Wednesday and Thursday. 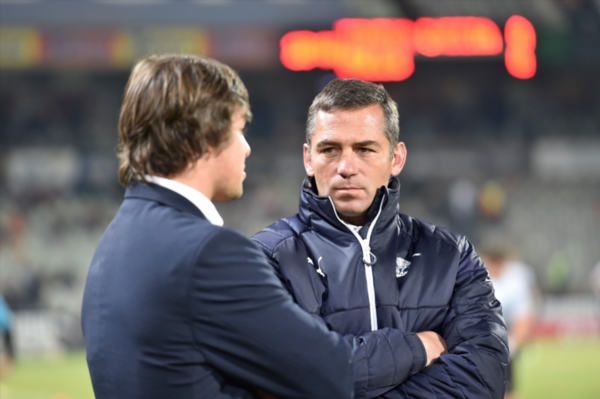 Franco Smith coach of the Cheetahs during the Super Rugby match between Toyota Cheetahs and Vodacom Bulls at Toyota Park on July 16, 2016 in Bloemfontein, South Africa. (Photo by Johan Pretorius/Gallo Images)

SA Rugby kicking specialis Louis Koen will also join the four-match tour, which features Tests against England, Italy and Wales and opens with a match against the Barbarians at Wembley on November 5.

The trio will assemble with the Springbok squad and management in Johannesburg next week.

Smith will be involved in backline play and skills while Ferreira takes responsibility for defence. Ferreira succeeds Chean Roux, who had filled the role on a temporary basis for the Castle Lager Rugby Championship following the departure of Jacques Nienaber to Munster in mid-year.

The appointments were confirmed during the SA Rugby Coaches’ Indaba in Cape Town on Wednesday and Thursday.

Jurie Roux, SA Rugby CEO, said: “There have been a number of meetings with the Springbok coach following the Castle Lager Rugby Championship. His request was that he needed more expertise in certain areas.

“We have added to the management’s strength for this tour and the situation will be reassessed by the Springbok coach at the conclusion of the season.

“I’d like to thank the Cheetahs and Lions for their wholehearted support of our request, which shows the spirit of collaboration that has been highlighted by the indaba,” said Roux.

Coetzee said: “Both Franco and JP are experienced coaches at Vodacom Super Rugby and Currie Cup level. They are both hardworking and well-respected individuals. They will fit in well with the current management, and I am convinced that they will add value.”

The Springbok squad for the tour will be announced following the Currie Cup final in Bloemfontein on Saturday.