In the six Currie Cup Finals hosted by the Toyota Free State Cheetahs since 1939, they have lost three, won two and registered one draw. 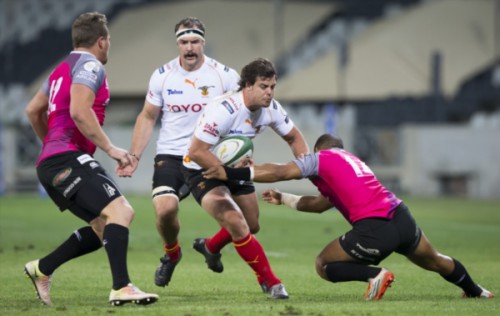 The Toyota Free State Cheetahs will look for a fairytale finish to the Currie Cup after progressing through the competition unbeaten when they host the Vodacom Blue Bulls in Bloemfontein on Saturday in what will mark the 10th final between the sides.

A victory for the Toyota Free State Cheetahs in the Currie Cup final – brought to you by DirectAxis and Nashua – would not only earn them their first title since 2007, it would also mark their 10th straight win this season.

They will, however, face a Vodacom Blue Bulls outfit, who are equally hungry for success, as they last won the title in 2009 – incidentally against the Free Staters in Pretoria – and who also come off an impressive winning run of five matches.

But looking at the history of Currie Cup finals between these teams, it’s clear the Toyota Free State Cheetahs will have their work cut out for them. The Vodacom Blue Bulls have won seven of the nine previous finals between the sides from 1973 to 2009, while the teams shared the title in 2006 after playing to a 28-28 draw after an exhausting 100 minutes of rugby.

Adding spice to the clash, there is an intense rivalry between the teams, as they met in back-to-back Currie Cup finals from 2004 to 2006, with each side winning one, while the other match ended in a draw.

In the six Currie Cup Finals hosted by the Toyota Free State Cheetahs since 1939, they have lost three, won two and registered one draw.

Earlier in the season, the Toyota Free State Cheetahs registered a brilliant 43-20 victory against the Vodacom Blue Bulls in the pool stages of the competition, but the Pretoria side defeated them 20-17 in the Currie Cup Qualifier at Loftus Versfeld.

The hosts, however, boast better statistics on attack and defence than the Pretoria side, with 55 tries scored and 21 conceded in their nine matches this season, to 42 tries scored by the Vodacom Blue Bulls and 29 conceded.

They will, however, be wary of writing off the Vodacom Blue Bulls, who found themselves in a similar situation in the 2005 Currie Cup Final – on a nine-match winning running and playing with confidence in front of their home crowd – when the Free Staters defied the odds to take their first title in 29 years.

The SA Rugby Under-19 and Under-21 Championship Finals between Western Province and the Golden Lions will be played as curtain-raisers to the Currie Cup final at 11h00 and 13h00 respectively.