The men from Bloemfontein have repeated the heroics of last year's Champions, the Lions, by remaining undefeated throughout the campaign. 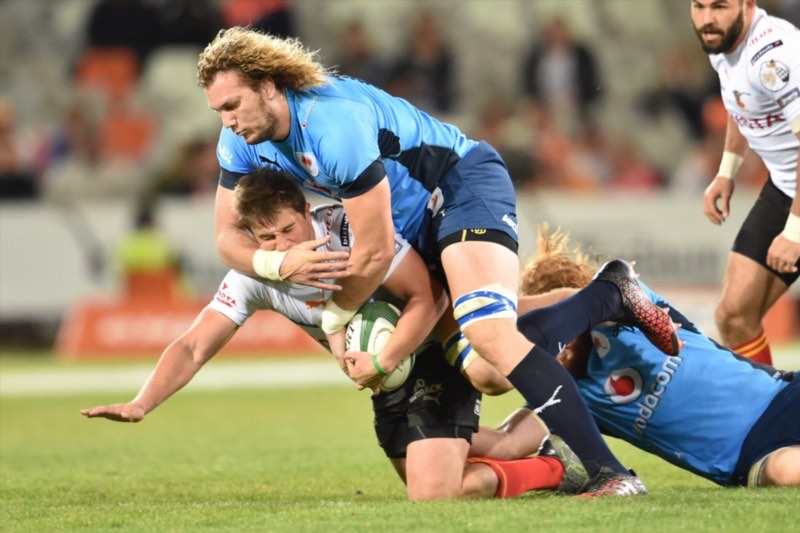 RG Snyman of the Bulls and William Small-Smith of the Cheetahs during the Currie Cup match between Toyota Free State XV and Vodacom Blue Bulls at Toyota Stadium on August 13, 2016 in Bloemfontein, South Africa. Picture: Gallo Images

BLOEMFONTEIN – With a sea of orange flags to be noticed everywhere, the crowd of more than 45 000 was treated to an exciting contest in Bloemfontein between the home side and the visitors from Pretoria.

In the end, though, the Cheetahs were just too determined and polished, barely missing a kick for the posts and then finally finding space in the second half to score two tries to the Blue Bulls’ one.

The Cheetahs dominated territory and possession throughout the match, and ultimately ran the frantically defending Bulls ragged.

The Citizen’s Rudolph Jacobs, provided live updates throughout the match. Read his tweets below.

Both teams will feature in their first final since 2009, when the Blue Bulls beat the Cheetahs 36-24 at Loftus.

The Cheetahs’ last success was achieved in 2007 when they edged the Lions 20-18 in Bloemfontein courtesy of a last-minute winning seven-pointer with flyhalf Willem de Waal the big hero on that occasion who made the touchline conversion.

The Cheetahs are the big favourites having finished the regular season unbeaten, while the Blue Bulls suffered two losses including a hammering of 43-20 against the same Cheetahs but early in round two.

In the semifinals the Cheetahs demolished defending champions the Lions 55-17, while the Blue Bulls required a last-minute try to beat Western Province, who made the final the last four years, 36-30.